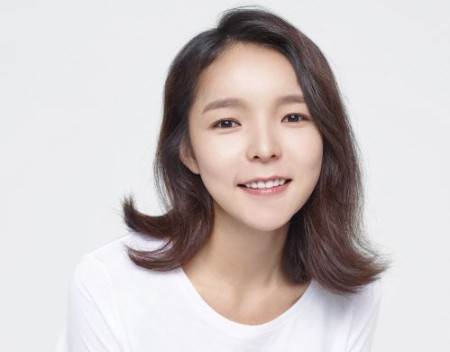 Park Jin-joo is a South Korean actress best known for her performance in tv shows such as Jealousy Incarnate and Something About 1 Percent. In 2017, she won the SBS Drama Awards for Best Supporting Actress in the tv series, Reunited Worlds. Some of the movies in which she has appeared are Swing Kids, The Plan Man, The Divine Fury, etc.

Park was born on December 24, 1988, in South Korea. She is 31 years old as of 2020. The actress is known for her bubbly personality and funny acting among K-Drama lovers. Park has a sister as well. The additional information, such as her family background and educational details are unavailable. But she has shared pictures of her parents on social media.

It seems that Park is currently single, and she doesn't have a boyfriend as of now. Further, Park is very confidential when it comes to her personal life. To date, she hasn't revealed her past affairs and relationships. Also, Park is not married at the moment.

It is common in the Western pop and movie culture that celebrities open up about their romantic affairs. However, most stars in East Asia hesitate to share their personal life. Similarly, Park has many good friends, and she often shares pictures on her social media. On her leisure time, Park enjoys traveling, dining, visiting exotic places, and enjoying with friends.

Unlike Par, another South Korean actress Kwon Nara is having a blissful relationship with her actor/model boyfriend, Lee Jong Suk. While another handsome actor, Yeon Woo-jin is single, just like Park.

The Hotel Del Luna actress, Park Jin-joo, has an estimated net worth of $500,000 as of 2020. She has been active in the television and movie industry since 2011. Therefore, she must have amassed decent earnings from her nearly ten years of a professional career.

Park is mainly a television actress, and her salary per episode might be over $25,000. Likewise, she has appeared in a handful of movies which has collected excellent revenue at the Box-Office. Here take a look:

Park will appear alongside her Sunny cast member, Kim Yoo Jung, for a parody of the hit film, Backstreet Rookie. Hence, Joo's income will increase even more in the coming days. As of now, she lives a lavish lifestyle.

Park began her career in 2011, working in both television and film. Her first role was of Hong Bo-hee in the MBC tv series, High Kick: Revenge of the Short Legged. She worked on the show until 2012. Meanwhile, her first movie role was Hwang Jin-hee in the comedy-drama film, Sunny.

During 2014-2017, Park appeared in multiple television shows in either a cameo or lead roles. Besides, Park appeared as a contestant in the MBC singing competition program, King of Mask Singer, in 2016.