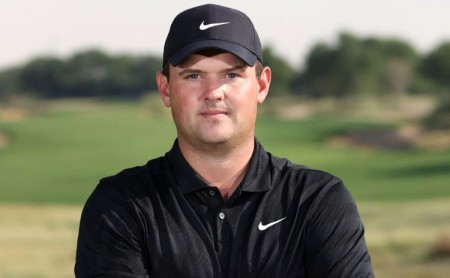 In the world of professional golf, Patrick Reed is known as "Captain America." Besides his superhero nickname, Reed is also known for his cocky attitude. The 2018 Masters Tournament winner plays on the PGA Tour and the European Tour. Besides, he also won the 2014 WGC-Cadillac Championship.

The 30-year-old, professional golfer married Justine Karain on December 21, 2012. Reed and his wife have been married for over eight years. Additionally, the couple shares two kids. How did they meet?

Patrick met his future wife through her younger sister, Kris Karain. While studying at University High Lab School in Louisiana, Reed became good friends with Kris. He requested her to set up a meeting with Justine. Eventually, Patrick wooed Justine and they began dating in 2009.

After three years of relationship, Reed and Karain got engaged on January 9, 2012. Do you know Justine is four years older than her husband? Likewise, by the time Patrick turned pro, she had already earned two bachelor's degrees.

Patrick and Justine welcomed their first child, a daughter named, Windsor Wells on May 22, 2014. Likewise, their second child, a son named, Barrett Benjamin was born on December 7, 2017.

Although Justine studied nursing, she worked as her husband's caddie for two years. At a height of 5 feet 1 inch, Karain started caddying for Reed in 2012. They had their first and only PGA Tour victory at the Wyndham Championship in 2013.

Reed once revealed that he tested Justine by making her carry a golf bag with extra weight before hiring her as his caddie.

Further, in 2014, his wife nearly passed away after having a seizure while taking a bath. Luckily, Reed found her and was quick to get her medical help before her seizure had a damaging effect.

Justine served as Patrick's caddie until she became pregnant in 2014. Since then her brother, Kessler Karain has taken her position. Further, Kessler earned $610,000 in the 2016-2017 season and became the fifth-highest-paid caddie in the world.

Besides the prize money, Reed earns a hefty sum of money from endorsements, corporate appearances, and speaking fees. Currently, he has a diverse and widely recognized list of sponsors including Nike Golf, Hublot, Grindworks, and BMW.

In 2011, Patrick turned professional at age 20 and his annual income was just $25,000. However, Reed went on to become one of the popular golfers and is referred to as Captain America. Now, let's break down his earnings.

In November 2020, Reed finished the top ten at The Master's tournament. Similarly, in December 2020, he finished in the top three at the DP World Tour Championship and earned $432,500.

Reed owns Porsche GT2RS and has a luxurious estate in Houston. Besides earning millions of dollars, Patrick cares deeply about giving back to the community. He is a dedicated philanthropist and is the founder of the Team Reed Foundation.

Patrick Nathaniel Reed was born on August 5, 1990, in San Antonio, Texas, the U.S. He was born to parents, Bill (father) and Jeanette Reed (mother). Further, Patrick also has a sister named, Hannah Reed.

So, why does Patrick hasn't stepped on his parents' house since 2012? Bill and Jeanette strongly objectified that their son was too young to get married. However, Reed married Justine despite his parents' objection. Further, he didn't even invite them to his wedding.

Justine once posted bitter comments about Reed's parents on social media. She accused them of physically and mentally abusing her spouse. However, Patrick's parents along with his sister, Hannah denied the accusations.

As of now, Reed’s parents live six miles from Augusta National Golf Club, in a two-story, Southern-style Colonial replete. It is said that Bill and Jeanette have kept distance even from their grandchildren.