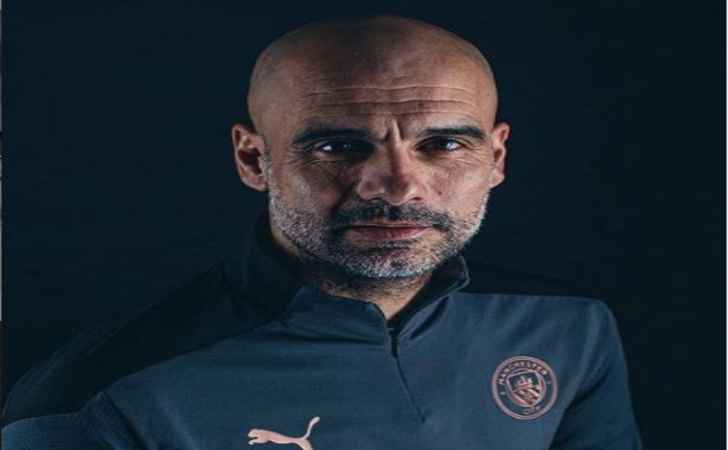 Pep Guardiola is a renowned football manager around the world who currently serves as the manager for the English Premier League's giant, Manchester City. He has also managed other world-class teams like Barcelona and Bayern Munich with whom he has won numerous trophies and titles into his arm.

Guardiola is a Spanish professional who was a former player for the Spain national team and La Liga giants, Football Club Barcelona. He even captained the team for four years from 1997 until his departure from the club in 2001. After concluding his career as a player he immediately pursued his career as a Manager and started coaching Barcelona B.

Now, let's know more about Pep's personal life. Who is he married to? How many children does he have? What is his net worth and Earnings? Check out all below.

Forty-nine years old, the top manager of Europe, Guardiola is a married man. He tied his wedding vows with his longtime girlfriend, Cristina Guardiola. The two met one another for the very first time back in 1989 while, Pep was only eighteen years old. After the first meeting, the pair soon started a good friendship. However, that friendship later turned into a very serious relationship and the couple started dating.

On 29th May 2014, the couple accepted one another as husband and wife in a private ceremony in Barcelona. The couple lived together for more than twenty years before exchanging their wedding vows. Cristina even insisted that it was full of surprise, she didn't know about the wedding in the first place.

However, the couple walks into the aisle together with their families and some of Barcelona's stars wishing from behind. After the beautiful wedding, the couple immediately packed their bags and went on their honeymoon in the Morrocco.

Despite their late and romantic wedding, the pair are blessed with three beautiful children. Son, Marius Guardiola, and Two daughters, Maria Guardiola and Valentina Guardiola. All of the children are in their teenage and enjoying their studies. Marius even plays football with his dad in his free time while the other two support the Dad's team and attends every match possible.

As of now, the family of five is enjoying a joyful living together. However, Pep is currently living in Manchester, England with his wife and daughter Valentina. While Maria and Marius are still in Barcelona and are focusing on their career. Despite living far from two children they often visit one another's house on their weekend and spend quality time together.

Brands Endorsement, Charities and Net worth in Millions

The Manchester City's boss, Pep estimated net worth is around $40 Million as of 2020. His incredible career as a player and Coach has led him to gather a huge amount of sum into his account. His current salary as Manchester City's manager is over $25 Million which makes him in the list of top five highest-paid managers in world football.

The highest-paid football manager is Diego Simeone who currently earns over $37 Million as the boss of the Spanish giants, Atletico Madrid. Furthermore, he is involved in the various brands and endorsements from which he earns a good amount of the sum. Recently he signed a personal deal with the brand Puma and previously he was involved with Gore-Tex, and outdoors wear company while he was head coach of Bayern Munich.

Pep is not all of earning, he is also involved in various charitable events. In early 2020 he even donated over $1 Million's medical supplies to the Medical College of Barcelona for the cure of the Pandemic. After all his mother, Dolors died from Covid-19 in a Hospital in Barcelona, on the 6th of April, 2020.

Pep was born on 18th January 1971 in Santpedor, Spain. He grew up with his two older sisters and football agent brother, Pere Guardiola. His father's name is Valenti Guardiola and his mother's name is Dolors Guardiola.