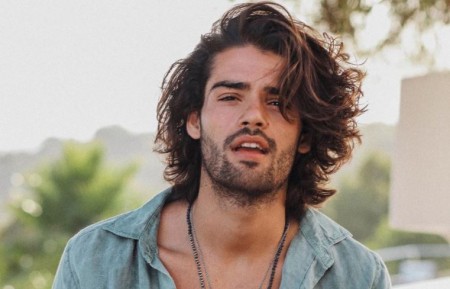 Renan Pacheco is one of the most recognizable French digital influencers. He is also an accomplished actor and director. Pacheco has earned a huge number of followers on social media through his unique way of storytelling. Currently, he is the co-founder of a social media company, V Management.

Renan was born on December 1, 1995, in Sao Paulo, Brazil, but he grew up in France. He has lived in French cities like Fontainbleau, Clermont-Ferrand and Paris. Renan attended Universite Paris Dauphine in 2014 and graduated with a Bachelor's degree in Economics in 2017.

The 24-year-old, Renan Pacheco is currently single. Hence, the very handsome digital influencer is not dating at the moment. At a height of 1.72 m, Renan possesses a ripped physique and looks to die for. Therefore, he gets a lot of attention, especially from females.

Pacheco is not married and he hasn't shared if he had girlfriends in the past. Renan takes his job seriously and loves being a digital influencer. He is more focused on his professional career rather than being involved with someone. On his social media, Pacheco can be seen with several gorgeous women. However, all of them are just for social media or photoshoots.

Pacheco has amassed a decent wealth from his multiple successful careers. He is now a full-time digital influencer whose net worth is estimated at $1 million similar to Tuki Brando. Also, Renan is the co-founder of V Management, a social media agency based in London. So, how much he earns through social media?

The model has over 640k Instagram followers as of November 2, 2020.  As a demanded and most-liked influencer, Pacheco earns an impressive $20,000 per sponsored Instagram post. However, he doesn’t just support any brand that approaches him.

Before becoming a digital influencer, Pacheco worked in television and films. He made a name for himself as the most sought after actor and model in Paris.

In his early career, Renan was featured in commercials for the massive French multinational food company Danone’s popular Danao beverage. He also appeared in TF1’s hit series Nos Chers Voisin and played the leading role of Stefano Cobalt in the film Cobalt.

As a successful digital influencer, Renan has countless digital campaigns. Some of those include the fragrance Zadig et Voltaire and the Police Sunglasses from @Policelifestyle.

Renan's first contracts were for L’Oreal and French footwear giant Courir. Likewise, his first written contract for an Instagram post was for Kapten & Son, a famous eyewear company. He also bagged social media campaigns for Zadig and Voltaire as well as for Jean Paul Gaultier.

How Renan Pacheco got into modelling?

As a teenager, Pacheco was fond of posting his pictures on Facebook. One day his friend submitted the pictures to an agency. Renan was selected as a contestant and luckily he won the modelling competition. Therefore, at 14, he got to taste the spotlight and got selected to attend a catwalk in Paris.

Renan quickly became the favourite among fans and agencies. He got numerous modelling contracts which helped him earned huge followers. Pacheco loved television and cinema and he has played leading roles in films such as Partons, dans un baiser and the crime series Falco.

At a young age, Renan has achieved quite a lot. He has been so successful as a digital influencer that he earned a nomination for a prestigious People’s Choice Award in 2018 in the French Pop Culture Influencer category.