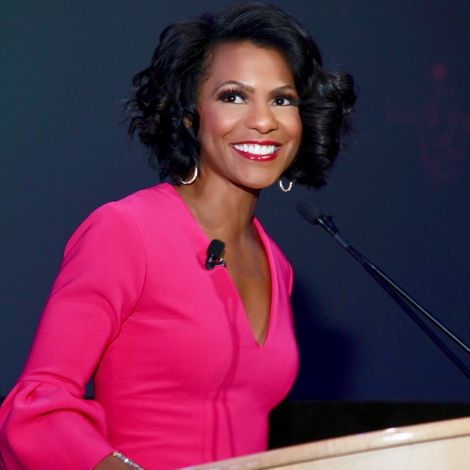 Rhonda Walker is an American journalist who is mostly known as working at WDIV TV 4 News Detroit as Morning News Anchor(5 am to 7 am). In addition to that, she is also famous as the former wife of a former American football player, Derrick Walker.

Recently, on 31st August 2019, Rhonda Walker walked down the wedding aisle for the second time with her second husband, Jason Drumheller. They exchanged the marriage vow in the California Wine Country in Sonoma on the grounds of the magnificent Chateau St Jean Winery.

On her marriage ceremony, the bride wore a white crystal dress designed by Katerina Bocci, while the groom appeared in a blue custom suit and a white shirt designed by Ray Hines.

Moreover, the bride and groom shoes were designed by Badgley Mischka and Salvatore Ferragamo.

The special day of Walker and Joson was attended by their family and dearest friends. After marriage, the couple dated eachother for nearly three years.

On 26th September 2018, the lovely journalist surprised her fans as she announced that she is now engaged with her fiance. She further revealed that the couple also celebrated Jason's birthday the same day.

In the Instagram post, Walker said that they were engaged in Prime and Proper Detroit. Also, she was so blessed, thankful and happy for her engagement with her fiance.

On 7th June  2014, Rhonda met Jason where their mutual friend arranged the blind introduction during a party at the Detroit Golf Club. Her lover Jason won a trophy as captured in the photo from that night during their annual Whistler tournament.

At that evening, Walker and Jason introduced each other and hit off each other that evening speaking and laughing for hours. Their first date was a golf round, making tons of memories and lots of incredible buddies who have endorsed their love tale and witnessed it.

After the first post, they started to flaunting their love relationship openly with the public or media and often accompanies each other in public events as well.

On 14 January 2017, the couple attended Charity Preview, where Walker was wearing one of the 30 best dresses of 2017.

Not only this, but they also celebrated their 2018's Valentine's Day together at Cafe Cortina and captured the picture and shared it in an Instagram.

Rhonda was also captured in the candid photos while they attended her friend Kim DeGiulio and Kyarows's wedding ceremony.

Earlier, TV anchor was once married to former, American football, Derrick Walker. Derrick and his former wife Rhonda divorced later as Rhonda shared this news at women's luncheon on October 2012.

Walker even revealed that the divorce with her first husband  was quite painful but is very happy with whatever happened.

After the divorce with the American football star, there was a rumor that she was dating businessman Robert Shumak. The pair even spotted the Detroit Historical Society on a charity in December 2008.

But after dating each other a few times, they parted their ways as she found that Robert was gay.

Rhonda Walker was born on 5th October 1968 in the United States of America. As of 2019, she is 50 years old. Walker holds American citizenship whereas her ethnicity is not known. Talking about her education, she received her degree from Michigan State University in Communications.

Walker was raised by her American parents, father Dr. Ronald and a mother, Harriette Gillum. Added to her family members, she has supportive one elder brother, Ron Walker and a younger sister, Robin Walker. Likewise, she is very close to her family and often share pictures on social sites.

Recently, on 21st December 2018, Rhonda shared a picture of the 55th wedding anniversary of her parents. As of now,  she is also spending great health traveling and relishing time with her family.

Walker initiated her journalism career at 2:00 am and later she started working at WJNK-fOX 2 News Network in Detroit.

Later, Rhonda joined the WDIV-Local 4 team as a co-anchor of the weekday morning newscast in 2003. In 2007, she took a break from the news and worked on a double position as the evening co-anchor and health anchor.

Apart from her career, Walker is the founder president of the Rhonda Walker Foundation for Teen Girls. This foundation encourages and supports Detroit inner-city girls to become trustworthy, powerful, successful and moral pioneers of the future.

In addition, Rhonda has been part of many Detroit community-based charities and non-profit organization. Likewise, she is better known for work and received honor from NAACP, Michigan Women’s Foundation, Ford Motor Company, News/Talk WJR 760am and several others.

Net Worth and Sources of Earnings

Well, Rhonda is one of the well-known reporters and journalist in the media industry. Working in the field of journalism, she makes an enormous amount as remuneration and has gathered decent fortune from her lengthy career. As of 2019, her assets are estimated to be $1 Million.

After undergoing surgery, Rhonda Walker returns back to Local 4 News on 18th July 2018. Likewise, she has been working with this channel for a long time as a morning News Anchor.

Now talking about her salary, Rhonda Walker earns a reported annual salary of $300,000 at WDIV.

Check the articles of your favorite celebrity on Married Celeb.