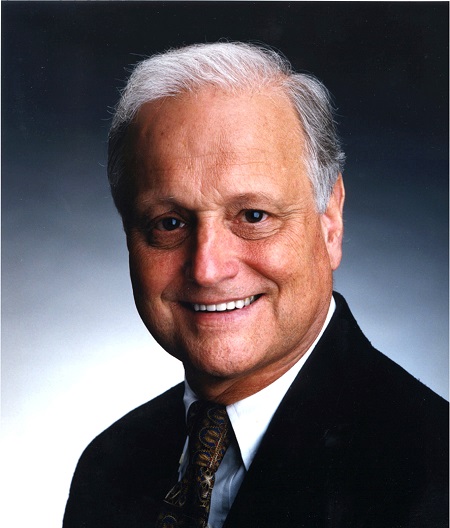 Robert Hager is an Emmy Award-Winning analyst and a former correspondent who is best known for his work at American broadcast television network NBC. Likewise, he made his debut on NBC by covering the Vietnam War in June 1969. But in 2004, he retired from daily reporting after working for NBC Nightly News for 35 years as a regular correspondent.

He was born and raised in Woodstock, Vermont, United States. But the exact date of birth remains private. Further, there is no information regarding his family background to the media. So far, he graduated from Dartmouth College in 1960. As per his citizenship, he is American and is of white ethnicity.

He is Happily Married Man

The distinguished NBC News correspondent for 35 years Robert is a married man. He has been living a blissful marital relationship with his wife, Honore Hager.

But, the couple has kept most of their married details away from the limelight or under the wraps. Nevertheless, since their wedding, they lead a happy life together with no sign of divorce. As of now, they reside in Woodstock, VT.

From their beautiful strong and healthy marital life, Mr. and Mrs. Hager have three daughters. They are Christina Hager, Jennifer Hager, and Gabrielle Hager. Not only this, but the duo are also proud grandparents of two grandchildren from their daughter's side.

Robert's daughter Christina now serves for WBZ-TV in Boston as an investigative reporter. His next daughter Gabrielle who worked at General Electric now a partner at Nossiff Law Firm LLP. And Jennifer currently serving at Kate Spade New York as a vice president.

How Wealthy Is Robert Hager?

Robert has enjoyed a long career in the broadcasting industry spanning almost four decades. Through proceeds from his commitment as a correspondent, he has amassed a huge amount of money. Today, his net worth is estimated to be around $1 Million, which is alike to Paul Deanno and Meredith Yeomans.

During his 35-year tenure at NBC, he filed over 5,000 stories for the Today show and NBC Nightly News. On November 5, 2004, he announced his retirement. But following his retirement, he still continued to post periodic stories for NBC News.

Well, Hager began his broadcasting career by radio stations in NC, Lexington, Raleigh, and NC. Then he moved to report to local TV including NBC-owned WRC-TV in Washington, DC, and WBTV in Charlotte, North Carolina.

Click on Marriedceleb for more details on American Correspondents!!!