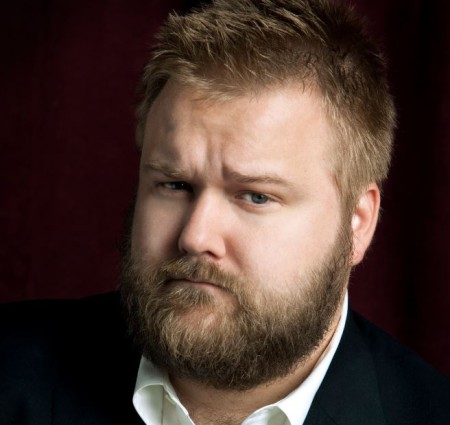 Recently, Kirkman announced that he is going to create an animated action-drama series, Invincible. Well, it is about his professional life, get details about his personal life in the section below,

Robert Kirkman is married to his girlfriend turned wife, Sonia Kirkman. The duo united as life partner at the "Bluegrass Wedding Barn" in Kentucky, but the exact date is yet to revealed. Moreover, their nuptial ceremony was held among their closed ones and family members.

In addition, the pair is blessed with a lovely son; they welcomed their first child, Peter Parker Kirkman at 12:47 on 25th April 2006. Currently, Kirkman resides in Backwoods, California, along with his sweetheart and son, and enjoying his married life.

Millions Of Net Worth

Robert Kirkman has an impressive net worth of $30 million as of 2019. He also makes a handsome wealth from his other works which include comic book sales, cameo roles, etc. Back in 2013, Kirkman earned a royalty of $100,000 from the Walking Dead comic book which sold up to one million copies.

Kirkman bought a house in Los Angeles, California in 2018 at $7.25 Million. The mansion consists of seven bedrooms and ten bathrooms on 5908 square foot which also features a swimming pool and a spa.

Robert Kirkman came to limelight as a comic writer for the American thriller drama horror series, The Walking Dead in 2010. Later, he worked as a producer of the sci-fi thriller film, Air which starred Norman Reedus and Djimon Hounsou.

Kirkman made his first guest appearance on the talk show, Talking Dead in 2011. Similarly, he also starred in many TV shows including AMC Conversations, Good Mythical Morning, Late Night with Seth Meyers, and many others.

Kirkman runs a production house, Skybound Entertainment. Furthermore, his company set a target to produce a remake of the film, An American Werewolf in London.

The sequel will be written and directed by Max Landis (son of John Landis), who is the original director of An American Werewolf in London. In this upcoming film, he and David Alpert would be executive producers.