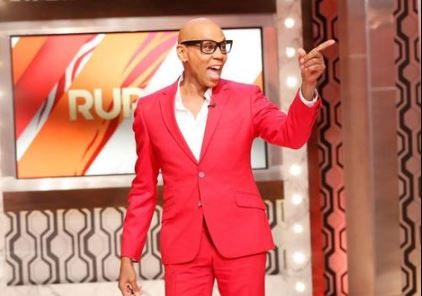 Body and Relation Status of Rupaul

Are you fashion ethiuiasts? Then you surely heard the name American fashion queen, actor, television host, and recording artist RuPaul Andre Charles who is widely known as RuPaul. Well, he is considered to be the most commercially successful drag queen in the United States.

RuPaul was born as RuPaul Andre Charles (birth name) on 17 November 1960 in San Diego, California, United States. He is the son of Ernestine Charles (mother) and Irving Charles (father). He holds American citizenship and is of African-American ethincity.Concering his education, he never graduated but was studied at North Atlanta High School in Atlanta, Georgia.He intially used to work in his family's business of selling cars for six years.

Besides this, RuPaul is famous for appearing in several films inclduing Show Dogs,A Very Brady Sequel,RuPaul Is: Starbooty! and The Brady Bunch Movie, amomg others. Also, she is famous as the host and judge for her own popular reality television series RuPaul's Drag Race, for which he has received three Primetime Emmy Awards. Finding global success in the 90s and his oversized personality, he has become a beacon in LGBTQ+ communities.

What is RuPaul's Net Worth? Cars, House

The drag queen, RuPaul has a net worth of  $16 million as of 2019. His wealth is due to his hit show, 14 studio albums, numerous TV shows and radio shows, and part of the film. Even though his actual amount of salary has not been disclosed, we are sure that he makes  in five figures.

Well, RuPaul has earned a lot of fortune and money as an actor, model, author, television host and a drag queen. He has accomplished a lot and to the American entertainment industry he has persisted a lot. Now, he's regarded one of American television's most important individuals. For his distinctive style, he is highly regarded.

Moreover, Rupaul has been part of the show business for nearky two decades and has had a very distinctive career in the fields of entertainment. Till date, he has been part of  endorsement deals, promotional ads, and lucrative agreements. His famous endorsement brands are Old Navy Tech Vests (1999) (TV Commercial),MAC cosmetics (Print Adverts), Baileys Irish Cream Liqueur (1996) (Print Adverts) and WebEx (TV Commercial).

In 2016, RuPaul has endorsed the Democratic Party nominee Hillary Clinton in US Presidential election.

RuPaul enjoys a happy and lavish lifestyle with his accumulated wealth. He also owns a luxury state on Bird Streets, Hollywood Hills, California, USA. He purchased the house for $2.5 million back in 2011. The luxurious house is fitted with luxurious things such as a swimming pool, a spacious car park, jacuzzi, sports room, library and home office.

Moreover, RuPaul has a wide extensive range of cars in his collection including Mercedes car, Lexus 4X4, and 1979 Volvo. Among them Mercedes car which cost in the range of $40,000 at the market.

Who is RuPaul's Married to?

RuPaul has been married to his long-time boyfriend Georges LeBar, who is an American author and painter. His spouse, Georges has published many books till date, even more than author Julie Powell.

The couple started to date since 1994 and is enjoying their love life for more than 2 decades.

Before tying the knot, the couple dated constantly for decades. And they walked down the wedding aisle on January 2017 after  23 years together, in their 23rd love anniversary from the day they met. The wedding was held in New Yorks Limelight nightclub.

During an interview with Ross Mathews on Hollywood Today Live.

‘I’ve never said this on television before: We are married,’ he confessed.

He previously said Bizzfeef he wouldn't marry LeBar. However, he said the couple was engaged to each other even without rings on their fingers.

Furthermore, his partner RuPaul said in a new interview with The Guardian that he doesn’t want kids.He suggests that Georges might alter his mind, though. If Georges wanted then RuPaul would think of kids.

“It’s becasue I’ve done my things on this. I think my legace is set in stone.”

As for what it is RuPual loves so much about Georges, he told the outlet:

‘He’s so kind and funny. ‘I remember praying, “I want a sweet, sensitive man,” and I got an Australian who’s just lovely.’

Currently, the pair is living a happy life together. Going through RuPaul's Instagram post, he never tired of flaunting their love to the public. Recently on 13th July 2019, he shared a picture via Instagram with Lebar with the caption during Xmas break I was missing my 10yr old costar.