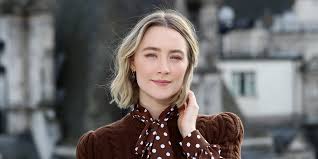 Saoirse Una Ronan is an Irish-American actress who has won the prestigious honors like Golden Globe Award, and nominations for Academy Awards and British Academy Film Awards. She is well known for her acting in movies like Hanna, The Lovely Bones, Brooklyn, etc.

She was born on April 12, 1994, in New York. Saorise is the only child of her parents Monica Ronan and Paul Ronan. Her parents are originally from Irland and her father Paul is also an Irish actor. Moreover, by scrolling down you will know about her affair, net worth, career hits and more.

Who is Saoirse Ronan's Boyfriend?

Saoirse's current partner Jake is a Scottish native actor who is mostly popular for his work in movies like Dunkirk, England Is Mine, and Tommy's Honour. An Irish and Scottish couple perhaps having a wonderful romantic life together. Scroll down to more about their love story.

Rumors regarding the relationship of Saoirse and Jake flew around Hollywood since a year ago. However, the couple primary denied their affair at the beginning

The reports started just over a year ago when the couple was seen feeling 'very intimate with together' at a party during a film screening in New York City. Yet when media   Asked whether they were in a relationship in an interview last month, she said, 'Noooo...'.

Although, the couple has not publicly spoken about their relationship paparazzi's cameras has spotted them several time in different places. Wanna know more, keep scrolling.

Saoirse And Kake Relationship Is New

Their relationship went viral just a couple of months. According to dailymail, Saoirse, a movie star of Little Women, and Jack, her on-screen husband in the 2018 movie Mary Queen Of Scots, were seen walking hand-in-hand during a trip to the Co-op shop around the West London.

In the above picture, we can see that Saoirse and her boyfriend Jake is adorably holding a hand and walk down the street with some glossary items. No wonder, the couple seems really cute and we wish their relationship will remain long. Scroll dwon to know her incomes and earnings.

How Much is She Worth?

She acted in many Hollywood films which had made sensational box office collection. Prior to her wealth, she must have earned a great fortune through her long-running acting career. According to Celebritynetworth, Saoirse estimated net worth is around $7 million as per 2020.

Her movies such as Hanna, The Host, The Segal and Mary Queens Of Scots has made million in the box office. Therefore through these projects, she must have earned thousands of dollars just like another actress Alexandra Daddario.

Furthermore, she has been also been the part of T.V series like The Clinic Prof, Robot Chicken, and Saturday Night. And actress like Saorise charges up to $100,000 to $140,000 per episode. So perhaps she has also earned in the same rage which is similar to another T.V series actress Joyce Hyser.

Stay Tune With Marriedceleb To Know More About Famous Celebrity