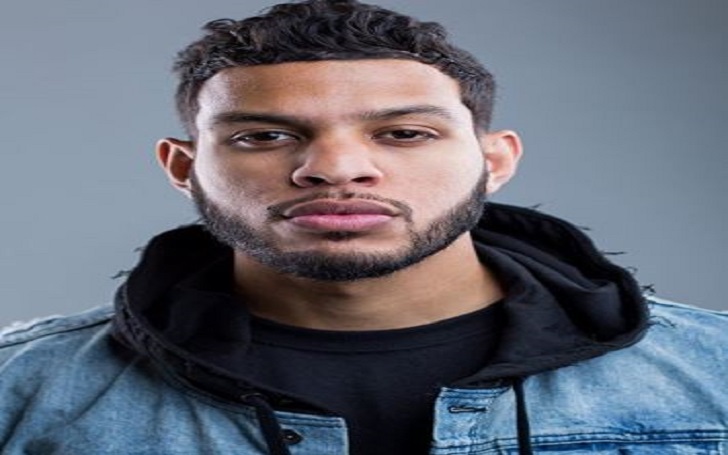 There are tons of personality in the Hollywood industry who has successfully obtained the attention of million peoples. Each individual has a different manner of living, and fans are curious to know about their lifestyle. So, today we will have a glance over a famous actor, Sarunas Jackson.

Who is Sarunas Jackson?

A former professional basketball player and American actor who starred role in the HBO series, Insecure and Alejandro Dro Pena, Sarunas Jackson has gained pretty fame for his portrayal on several on-screen blockbusters. Born on 12 March 1990 in Philadelphia, Sarunas is a person of many talents.

He was raised in Los Angeles by his parents. Sarunas Jackson is of American nationality, and he belongs to African-American ethnicity. Before starting his acting career, the star of Insecure was a professional Basketball player who used to play on an AAU Team with NBA All-Star Paul George.

Sarunas also played professionally in several Asian Countries as recently as last spring. Sarunas was fond of acting from his young age. In 2013, He appeared in the music video for Pharrell Williams song Happy as a dance which was a massive hit song.

He was part of the various short film before seeing in the big-screen movies. His first film debut was Draft Day which was released in 2014.  Again in 2015, he was offered in HBO series Insecure alongside with the famous Issa Rae which changed the whole game in his life.

Later, Sarunas was Introduced in episode three of the series' second season; his character is a childhood friend of Molly's who grew up in the street. Everyone is impressed by his work. Later on, he was seen in Good Trouble (2019), and Games people play (2019). He has also shared a screen with famous Hollywood personalities such as Ice Cube, Lauren London, Jackie Long, and many more.

Sarunas was raised by Panamanian mother in Los Angeles. His family lives in Panama. He was fond of acting from his little age. He went to a Junior college at first, Saddleback College in 2009 where he played basketball against  All-Star Paul George.

Being a professional basketball player and actor, he is also known to be a successful writer who was a writing staff on the television series Vital Signs.

Who is Sarunas Jackson Wife?

The 28 years old hunk has been relations with many women in his past days. But recently he is in relation with his longtime girlfriend, Dominque Perry. He has been sharing post and photos of her frequently in his social sites.

How the romantic pair ended up being bonded?

Dominque is also an actress and has played in many movies until now. She has also collaborated with her husband in an American comedy series, Insecure. Although their character on-screen never matched, they became close after sharing the same set in the television series.

Both were in friendly relation at first, but eventually, their bonding started to take another level as they began liking each other.

Sarunas and Dominque shares a child

In 2018, the couple welcomed a girl in the family and named her as Zen. She is now just a year old

The whole internet broke down, giving congratulating to the couple among them Kaylen Zahara was in height. She praises a couple for having a daughter. Despite being in relation with Dominique Perry and having a daughter, Sarunas is still unmarried. The couple and children are living in a very healthy marital relationship. Maybe we get some news regarding their marriage soon.

Net worth: How Rich Is He?

Sarunas lives a lavish lifestyle with his girlfriend and daughter. Being a player and actor by profession, he earns a pretty good amount of money. It is estimated that his total net worth is around $1 Million, although the exact figure is still missing.

How much is his earnings from the movie industry?

He has been in many movies till now and has supposedly received a reasonable sum as remuneration. An actor in America earns an average salary, which is ranged in between $19.1 thousand to $155 thousand per year considering their status and experience. Hence, being a successful actor, he is surely receiving an appreciable wage.

In 2015, he portrayed in two blockbusters, Chi-Raq and Alison's Choice. These movies were a hit and grossed a hefty sum at the box office.

The movie Chi-Raq was released on December 4, 2015, in the USA which was directed by Spike Lee. The film is a genre of drama and crime based on a group of women organized against the on-going crime and violence in Chicago's Southside.

This motion picture earned around $1,198,453 in the opening weekend by releasing on 305 theaters. In total, the movie grossed approximately $2,653,032 worldwide at the box office.

Recently the Insecure actor was given a car from Mercedesbenz which he posts on his Instagram account. It is no doubt that the handsome hunk of industry spends a lavish lifestyle. Besides his basketball career and acting career, Sarunas is a successful writer from which he also gets advantages.

At present, Sarunas is living a lavish lifestyle and owns various valuable belongs and expensive cars.