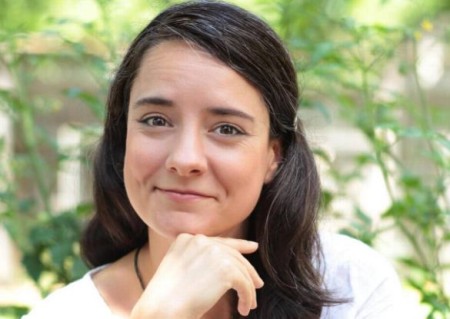 An award-winning writer, author, and food blogger, Sasha Martin is best known for her books, Life from Scratch, and Keys to Healthy Living. Her work has been featured on NPR, Bon Appetit, The Smithsonian, The Huffington Post, and CNNgo.

Further, Martin runs a website called, Global Table Adventure. From 2010-2013, she cooked meals from every country and prepared over 675 recipes from all over the world. The National Geographic author previously worked as a freelance food writer for Oklahoma Magazine too.

The renowned food blogger, Sasha Martin is a married woman. She is married to her husband, Keith since 2008. While she was doing an internship in Tulsa, Oklahoma, Martin met her future husband. Additionally, Sasha became a stepmom to Keith's son, Andrew from his previous marriage.

Martin and her spouse welcomed their first child, a daughter named, Ava Marie Martin on July 5, 2009. Sasha revealed in her memoir that Ava had double hernia surgery, while Keith had cancer removed from his face. Currently, the family of four reside in Tulsa, the homeplace of Martin's husband. Food journalist, Ryan Nicole Hughley is also a married woman.

As a food blogger, Sasha likes to prepare exotic dishes and can't wait for her family to taste the food. Further, she documented her daughter's food eating titled, Ava, eats the World. For your information, Sasha started Global Table Adventure when Ava was seven months old.

There is no exact information about Martin's net worth. She is best known for her book, Life from Scratch. Her book has been endorsed by Oprah along with a mention on InStyle Magazine. Martin has been the National Geographic author since 2013. Therefore she might have amassed a decent wealth just like another food blogger, Emily Schuman.

Apart from writing, Martin also appears on speaking events. At one point, she shared her cooking experience in a hall containing over 3000 people. On average, food bloggers and authors earn over $36,786.

Sasha never thought one day she would prepare over 675 recipes from all over the world. So, how did she developed such a deep passion for food? In her memoir, Martin wrote that after moving to Tulsa she began cooking a meal from every country in the world.

Further, Martin shared her cooking experience on her website, Global Table Adventure. Also, she has given all the recipes for free and the site has become a go-to hub for international foodies.

Sasha was born in Cape Cod, Massachusetts. She was born to a half-Italian and half Hungarian mother, while Sasha never saw her father. She describes her parents' early relationship as a tragic one. Martin discovered her father's name and saw his picture until she became an adult. At the time he was already dead.

Sasha and her older brother, Michael shifted to Boston where their mother united them with thier half-siblings in New Jersey. Unfortunately, she and her brother had to live in several foster homes and with family friends.

Talking about education, Martin graduated from Wesleyan University and later attended The Culinary Institute of America as an MFK Fisher Scholar. She says cooking meals from 195 countries helped her overcome a difficult childhood and helped her become a strong mother.