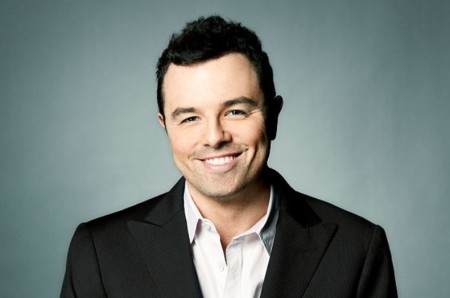 The five-time Emmy Award-winning personality, Seth MacFarlane, is a man of many talents. Despite being a world-renowned celebrity, Seth hasn't let all the fame and wealth let go in his head.

MacFarlane is an actor, animator, writer, producer, director, comedian, and singer. Seth is best known as the creator of several television shows and films including, Family Guy, American Dad!, Ted, The Orville, among others.

At age 46, MacFarlane has never been a married man. He has dated few women in the past but has never tied the wedding knot. Also, at present, Seth is single and isn't dating anyone.

Most women prefer a guy with a great sense of humor rather than his looks or money. Luckily for MacFarlane, he has got it all. However, the handsome actor is focused on his career instead of spending time on relationships.

MacFarlane has a reason for not getting married!

We know celebrities have a hard time in their personal life. Most relationships break due to miscommunication and busy schedules. However, MacFarlane has a different opinion. He once revealed that actors are not easy people to date.

Further, Seth said: "I very much like the traditional courtship method of making a date. That’s what they do in normal places, but Hollywood’s not normal."

Fans still haven't got to see MacFarlane's wedding, but they surely know about his previous romance. In 2012, Seth began dating Game of Thrones' actress, Emilia Clarke. After one year, they broke up, which made their fans very upset.

Previously, Seth was linked up with Buffy the Vampire Slayer actress, Eliza Dushku. As per reports, they dated from 2008-2009. The couple appeared at several events, but neither of them confirmed being in a relationship.

Seth MacFarlane has a stunning net worth of $300 million as per celebritynetworth. In 2020, MacFarlane signed a $200 million deal with NBCUniversal to develop television projects. His latest project under the deal is the series, Skywatch. Additionally, he has released six studio albums as well.

The comedian amassed his net worth as a creator of successful such as Family Guy, American Dad, among others. As per Forbes, MacFarlane earnings in 2014 was $35 million, while in 2015, he earned $20 million.

Previously in 2008, Seth became the world's highest-paid television writer after reaching a $100 million agreement deal with Fox. The deal helped him run Family Guy and American Dad on Fox until 2012.

In 1999, MacFarlane reportedly earned $2 million per season for Family Guy. From DVD and merchandise alone, MacFarlane makes $30 million each year.

Further, Seth earns a hefty sum of money as a singer, director, voice-over artist, and producer. There is no doubt that MacFarlane's net worth is increasing exponentially.

Family Guy has been syndicated in several countries and languages. From 2005-2008, the show collected $1 Billion in revenue. To date, the Family Guy franchise is worth $2 Billion.

A single Family Guy's syndicated episode is worth $2 million. There are over 500 Family Guy related toys and items which are sold in Wal-Mart and target. The items alone generate over $100 million per year.

Success as a Director

MacFarlane has directed three movies to date. His feature-length directorial debut was the 2012 comedy film, Ted. The movie, which starred Mark Wahlberg and Mila Kunis, collected $549.4 million at the Box-Office. MacFarlane played the titular role and provided voice and motion capture.

MacFarlane has tasted success as a producer as well. In August 2020, he was teaming up with late Chadwick Boseman as executive producers on a limited series about the Little Rock Nine.

MacFarlane resides in Beverly Hills, where the actor owns an 11,000 sq.ft mansion. He purchased the estate back in 2008 for $13.5 million. The beautiful home includes a full-sized tennis court, a swimming pool, along with several other features.

Throughout his career, MacFarlane has won several awards. He won five Primetime Emmy Awards for his work on Family Guy. Also, he has been nominated for five Grammy Awards for the same show.

MacFarlane has received several awards, such as Annie, Saturn, MTV, and Empire Awards. In 2019, he received a star on the Hollywood Walk of Fame. Similarly, in 2020 he was inducted into the Television Hall of Fame.

People have a lot of close calls throughout their life. Likewise, MacFarlane experienced a tragic moment that he had never let affect his career.

On September 11, 2001, MacFarlane was supposed to return to Los Angeles from Boston on American Airlines Flight. However, his travel agent gave him an incorrect departure time (8:15 a.m. instead of 7:45 a.m.). Therefore, Seth arrived at Logan International Airport ten minutes late.

Fifteen minutes after departure, American Airlines Flight was hijacked. At 8: 46 a.m., the plane crashed into the North Tower of the World Trade Center, which killed everyone on board.

Seth Woodbury MacFarlane was born on October 26, 1973, in Kent, Connecticut, the United States. His father is Ronald Milton MacFarlane, while his mother is Ann Perry. Seth has a younger sister, Rachael, who is also a voice actress.

MacFarlane developed an interest in cartoons and animation from a young age. While in high school, he continued animation. Later, he earned a Bachelor of Fine Arts degree from Rhode Island School of Design. There, he studied film, video, and animation.