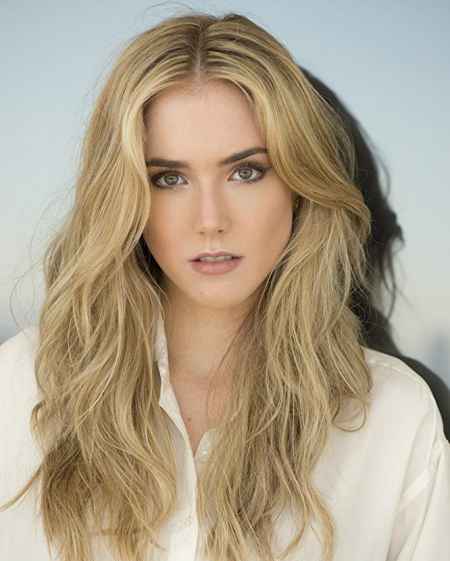 Who is Spencer Locke?

Spencer Locke is an American actress, best known for portraying in movies like Monster House, Cougar Town, Detention and Resident Evil film Franchise. Also, she received fame for her award-winning work in the movie Monster House as a voice actress.

Spencer was born on the 20th of September 1991 in Winter Park, Florida, the USA. As per birth details, she falls under zodiac sign Virgo and is currently 27 years old.

Being born to American parents, she holds an American nationality and belongs to White ethnicity. However, the details regarding her family, parents, and siblings are unavailable.

Locke First began her acting career at the age of 13 with a role in 2004 episode of Without a Trace. Then after she made several special appearances in series like Mad Hot Cotillion and in the animated film Monster House. Later on, she portrayed a recurring role in Nickelodeon series Ned's Declassified School Survival Guide.

All through her career, Spencer appeared in many films and tv series including Resident Evil: Extinction, Anatomy of the Tide, Bridal Boot Camp, Cougar Town, and most recent movie Walk Ride Rodeo. Similarly, Spencer has also featured in a voice of Wisty Allgood in the James Patterson's audio books of the Witch and Wizard series.

Is Spencer Locke Married? Who is her Husband?

Glancing over Spencer Locke's relationship status, she is a married woman. She married her long-term boyfriend, Chris Mason. Her husband is a British Actor from Liverpool, England.

Locke and her spouse Chris started their love affairs in the year 2015. After dating for a year, Mason proposed her in 2016 to get bonded in a marital relationship. She immediately accepted the marriage proposal and the pair exchanged their wedding vows in November 2017.

At present, the married couple is enjoying their blissful matrimonial life. Until now, they haven't given any hints of possessing a child. But soon they might come up with good news. As of now, the bride and groom are strongly bonded in a relation and relishing without any news and rumors of having extramarital affairs.

Being a proficient actress, Spencer has gathered a sum of around $500,000 as net worth throughout her career.

The major of Spencer's income is from the acting industry. Since 2004, she has been portraying several roles in many on-screen plays. So, the remuneration that she received from her work has aided to amass such a huge amount of wealth. However, the accurate figure of her salary is under review.

Spencer Locke's Movies and It's Budget and Box Office Collection

Locke has portrayed in various movies which have grossed quite well at the box office. Here are some lists of her movies along with production budget and box office collection;

The young beautiful actress has well maintained her body physics. Looking at her body features, she stands at a height of 1.7 m / 5 feet 7 inch and weighs around 117 lbs / 53 kg.

Similarly, her body measurement is 35-25-38 including Bust, Waist, and Hips respectively. Her eye color is Hazel and hair color is blonde.