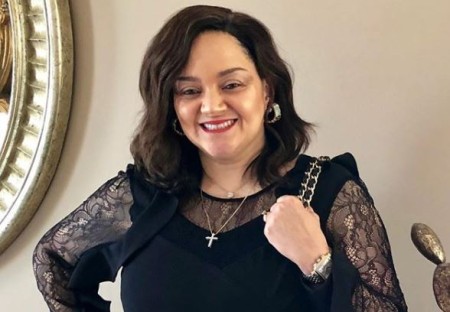 People only see the glamour and glitz, but they never know what celebrities are going through their personal life. When Stacy Lattisaw began her singing career, she was just a child. Later, she left the music industry. Lattisaw is an American R&B singer who is famous for her hit singles such as Let Me Be Your Angel, Jump to the Beat, Love on a Two-Way Street, and Miracles.

Stacy Lattisaw was born on November 25, 1966, in Washington, D.C., the United States. She is 53 years old as of 2020. Stacy's mother is Saundra Lattisaw, and her brother is Jerry Lattisaw. She recorded her first album for Cotillion Records at age 12 in 1979. Let's know why she left all the fame and attention.

The Washington native singer is a married woman. She has been married to her longtime husband, Kevin Jackson Sr. There are no additional details about their relationship history, but the couple might have tied their wedding knot back in 1990. Therefore, the pair have been together for 30 years.

Stacy and Kevin share two children, a son, Kevin Jr., and a daughter, Kayla Jackson (b: March 1997). The kids follow in the footsteps of their mother. Kayla is an inspirational singer, while Kevin is a songwriter.

Stacy's husband, Kevin Sr. works as a sound engineer. He has also worked on many songs for his wife. Further, the couple is grandparents as Kevin Jr. and his wife welcomed their son in late 2019. Like Lattisaw, Chynna Phillips also has a happy married life.

Back in the 1980s, Stacy was in a relationship with her high school sweetheart and singer, Johnny Gill. The two collaborated on many hit songs and had a #1 hit, Where Do We Go from Here in 1989. Some of their other hit songs were Perfect Combination, Block Party, Baby It's You, etc.

In 2017, Stacy and her family were upset with Johhny Gill and BET's tv movie named, The New Edition because of its portrayal of Stacy. In the made for television movie, Johhny stated that their break up happened because of his dark complexion.

Afterward, Stacy's brother, Jerry, spoke in an interview saying: My mom(Saundra) “My mom don’t care about what color Johnny Gill is!!! If it weren’t for her, he wouldn’t be in the New Edition period!!! She basically got him his first record deal …. by the way, Stacy's husband is brown skin too!!!"

The former R&B singer, Stacy Lattisaw, has a net worth of $2 million as per celebritynetworth. The majority of her earnings came from her professional singing career. Stacy has released ten albums and has several hit songs on her account.

It has been many years since the singer has left the music industry. Currently, she and her husband own a studio and work together with new artists. Further, Stacy is the author of a book titled, I Am Not the Same Girl: Renewed. The book chronicles the singer's musical journey and her experiences in the industry.

The popular singer of the 80s and 90s, Lattisaw, left everything behind. To the outside world, Stacy had it all, name, fame, and wealth. However, no one knew she was battling through depression and loneliness. She credits God for bringing her joy and a positive attitude.

“One day I dropped to the floor and I began to pray. I asked God to show me what His will was for me. The more I prayed the more God revealed to me what he called me to do. That’s when I made the decision to walk away from the music industry and I never looked back.”

Stacy was homeschooled from eighth to twelfth grade as she embarked on her professional journey at a young age. By the time she was 13, Stacy was already signed to big records companies such as Atlantic Records.

In an interview with a women's magazine, Stacy revealed:  "I was always on the road, performing here and there, and I really wanted to be home with my friends playing volleyball, double-dutch, and other things kids did.”

At present, Lattisaw lifts her voice in praise and ministering words of faith. She speaks at churches, workshops, and women's conferences across the country. Stacy is also a gospel singer.

Stacy is the founder of two programs, Women Walking in Authority (WWA) and Believers Building Bridges (BBB). The WWA was established to provide safety for abused women, while BBB is a youth empowerment program.

Stacy speaks to kids at schools in the Washington D.C. area about the importance of staying in school, practicing abstinence, having integrity, and being a leader.