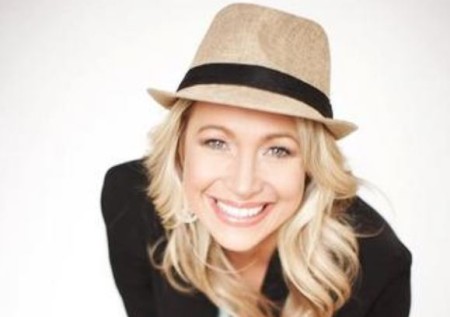 One of Cleveland's favourite news anchor, Stefani Schaefer is an Emmy award-winning journalist who co-anchors the Fox 8 News in the Morning. She began her career with Fox 8 in 1992. Later, Stefani became the host of a national network show which was broadcast out of Universal Studios in Orlando. Since 2007, the Broadcasters Hall of Fame inductee has been working for Fox 8.

Stefani Elizabeth Schaefer was born on February 21, 1971, in Alliance, Ohio, the United States. She has a brother named, Thommie. Schaefer graduated from the St. Thomas Aquinas in Louisville. She attended the University of Mount Union in Alliance where she was an All-American Scholar and a National Collegiate Academic Honoree. Further, she graduated one semester early with a degree in communications and journalism.

The 49-year-old morning news anchor has been married for over two decades with her longtime husband, Roger DePenti. The two tied their knot on October 7, 1998. Stefani and her spouse has been married for 22 years as of 2020. Like Schaefer, Fox 8 meteorologist, Melissa Mack is also happily married.

On April 27, 2012, Stefani's husband, Roger suffered a traumatic brain injury after falling 12 feet off scaffolding at his job. He was in a coma for several months. The injury took away his short and long term memory along with his cognitive reasoning.

Stefani and her kids were left devastated but the family remain stronger and with time Roger's condition improved. The anchor regularly updated her followers about Roger's health via social media.

The family resides in Cleveland in a 3,000 sq.ft home on East Side. As Roger worked in construction, he along with his wife designed and constructed the house without any professional help. After his severe accident, Roger is not active on any profession.

Stefani Schaefer has a net worth of $6 million which she amassed from her professional career in the journalism industry. She has been working for FOX 8 News in the Morning as a co-anchor alongside Wayne Dawson and Kristi Capel. Stefani's annual salary is over $73,000 similar to Tracy McCool.

The average salary for news anchors ranges somewhere between $59,323-$75,974 a year. Apart from anchoring, Stefani also earned a decent amount of money as a singer and dancer. She spent 12 years teaching voice and dance at her family's performing arts centre in Alliance, Ohio.

Stefani's brother Thommie is a recording artist based in California. The brother-sister duo has toured the country with the Bob Hope USO Troupe from 1979 to 1989. While they were very young, the duo had their own show at Geauga Lake Amusement Park in 1983.

Stefani is still passionate about music and remains active today. She sang the national anthem for the Pro Football Hall of Fame Game and performed the opening and closing songs for the Hall of Fame Enshrinement Ceremonies in Canton.

Besides being an Emmy winning anchor, Stefani has appeared on the cover of Cleveland Magazine’s Millennium issue featuring Cleveland’s Most Interesting People of 2000.

On September 14, 2008, Stefani was inducted into the Broadcasters Hall of Fame. Previously, she received the Ohio Governor’s Choice Award in 1989 and was Ohio’s Junior Miss / Ohio’s Young Woman of the Year in 1989.

Besides hosting the Fashion Show and other festivities, Stefani hosted the Hall of Fame Parade national broadcast as well.