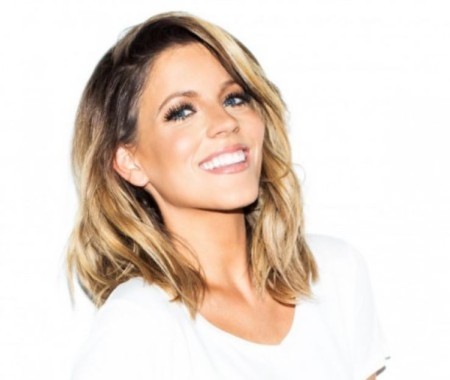 Daytime Emmy Award-nominee television host and correspondent, Stephanie Bauer is famous for her work in the television series, Holly scoop. She is also renowned for her appearance on the news series, Access Hollywood.

Recently, Bauer starred as an investigative journalist in the TV mini-series documentary, The Disappearance of Susan Cox Powell in 2019.

Stephanie Bauer was born in the late 1980s in the United States of America. Her ethnicity is Caucasian white and holds an American nationality. She grew up with her twin sister, Valerie Bauer in Los Angeles, California.

From a very young age, Bauer had a keen interest in acting. During her school and college time, she participated in various extracurricular activities like theater plays and dramas. Upon graduation, she decided to pursue her career in the field of entertainment.

Stephanie Bauer started her career as a correspondent for the American news series, Holly scoop in 2012. Later, she co-hosted a reality game show, Killer Karaoke in 2013. She also co-hosted the reality drama TV show, Bad Girls Club in 2014.

Bauer made her appearance in the American talk show, Wendy: The Wendy Williams Show in 2015. The show has also invited other popular stars like Terricka Cromartie and MattyB. Similarly, she guest appeared in many TV shows like WGN Morning News, and MSNBC Live.

Reportedly, Stephanie Bauer isn't married and has no husband. Nevertheless, she is seen hanging out with a handsome hunk, Pat Lambert, who is the head of 44 Blue, an award-winning creator of premium content.

Bauer hasn't proclaimed that she is in a relationship with Lambert, but they are sharing their company like love partners. In 2015, she shared a picture on her Instagram while spending quality time with Pat in Beverly Hills 90210.

Bauer's fans are curious to see the pair as a married couple. So, they will surely open their love affair and give a fantastic surprise to their fans.

Stephanie Bauer has an estimated net worth of around $500 Thousand as of 2019. Having a fruitful wealth, she also makes an extra fortune from her other works which include hosting shows and award functions, advertisements, etc.

Recently, Bauer shared a picture on her Instagram account while enjoying her vacation in W South Beach on 16th August  2019. Currently, she resides in California with her family and friends. It really needs a huge bank balance to live a life in California.

Stephanie Bauer earns a lucrative sum of money from her television works and guests appearances. Similarly, she boasts a lucrative salary in the range of $150 Thousand to $200 Thousand annually.