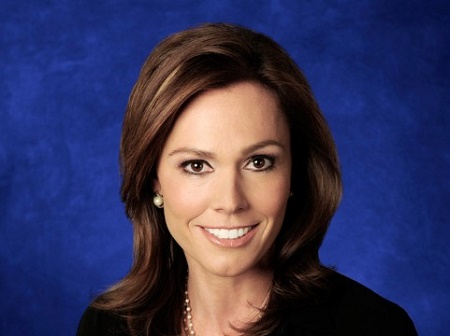 Former American Reality TV Contestant, Tammy Leitner is currently working with MSNBC's The Rachel Maddow Show as a contributor. She is an investigative TV reporter. She has already worked for many notable programs such as WCBS-TV in New York City, WMAQ-TV in Chicago and NBC Nightly News on June 2016. Besides, Leitner is famous for Survivor Marquesas.

Tamara Leitner was born on 3rd July 1972 in San Diego, California, United States of America. As of now, she is 47 years old. Likewise, Leitner is the daughter of father, George Leitner and a housewife mother. But, there are no other details about her early days, siblings, etc. to the media. Leitner holds American citizenship and is of white ethnicity.

As far as her education, she graduated from the University of California, Los Angeles, in English with a bachelor's degree. Also, she completed her master's degree from Boston University in Massachusetts in journalism.

Well, Tamara created her reputation as a hard-necked journalist, writing in New York and Arizona for journals, including the New York Post. She was honored for stories by the Associated Press Managing Editors when she was an East Valley Tribune police reporter in Mesa, Arizona. In addition, she has won six Rocky Mountain Emmy Awards. Just like Tammy, Sophia Minnaert is also very successful Television reporter.

Tamara Leitner is officially off the market. She got hitched with her love of life or husband, Mike Gossie on 10th August 2002. By profession, Mike is an endurance sportsman and also participated in races such as Ironman triathlon and marathon.

The Fairy tale like the wedding of the couple

Before tying the knot, Leitner and Gossie had engaged after dating for almost four years. And, they were an engaged pair at the moment of their involvement in the series, Survivor. She photographed her then-fiancé Mike and her pet dog as the luxury item in the challenging sequence.

Since the wedding, this lovely couple sharing a strong bond with each other. Along with this, they have been balancing their career as they are busy in their own fields. The happiest things are that the pair are associated with media so they know they might have little time for each other.

Neither Tamara nor Mike has spoken of their children to date. They now seem to be busy on their busy timetable and maybe waiting to have a child for the right moment. As of now, she is living a joyous marital life with great compassion along with her partner, Mike.

Although the actual amount of Tamara Leitner's Net Worth has been concealed, it is assumed to be in around six-digit figures. As an investigative TV reporter, she has made a good amount of fortune from her professional career.  Also, American Reality TV Contestant is a famous athlete and a member of PowerBar Team Elite.