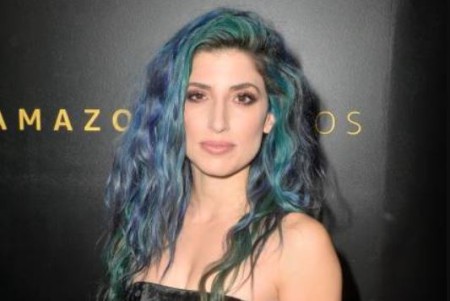 Tania Raymonde began her professional acting career at 12, and now she is one of the most sought after actresses in Hollywood. She is best known for appearing in television series such as Malcolm in the Middle, Lost, Cold Case, The Last Ship, and Goliath. Further, Raymonde recently appeared as a lead character in the science fiction horror film Deep Blue Sea 3.

Tania Raymonde Helen Katz was born on March 22, 1988, in Los Angeles, California, the United States. Her father, Jon Katz, is a Jewish American with Polish-Jewish descent, while her mother, Anne-Marie, is French. Tania earned her French baccalaureate from the Lycee Francais de Los Angeles. Hence, she can speak fluent French.

The 32-year-old actress is in a relationship with her longtime boyfriend, Zio Ziegler. They started dating somewhere between 2012-2014. Raymonde announced the news of her engagement via Instagram in March 2018 with a caption: "Happily engaged and ready for a whole lifetime of adventures with the one and only @zioziegler."

Now let's talk about whether the couple is still together or not. Raymonde has deleted the picture in which she posed with her fiance showing off her engagement ring. Also, the couple now rarely appears on social media together.

Some sources reported Raymonde as a single woman, while some claimed that she secretly tied the knot with Ziegler. Meanwhile, everything seems to be fine with Tania and Zio, and they worked together for a 65-minute ensemble comedy called, Bad Art in late 2019.

Tania hasn't revealed anything about her wedding plans. Over the past few months, she and her fiance has relatively kept their relationship low-profile.

Zio Ziegler is an internationally acclaimed artist who is famous for his jaw-dropping murals (wall art) in places such as London, Tokyo, Paris, Ukraine and Mexico. He is a designer at Shredderdigest and works as an adjunct lecturer at Stanford University.

Ziegler is a famous name in the art industry. Not only he earns a load amount of cash from his profession, but Zio frequently donates funds to upcoming artists as well.

Tania once dated this Senior Actor

There are lots of women who date older men. Also, it is not unheard of actresses dating men who are likely their father's age. Likewise, Tania also dated a famous actor once. From 2009-2010, she was in a relationship with the Jurassic Park actor, Jeff Goldblum.

Although Jeff was 35 years senior to Tania, the couple enjoyed their brief romance. Further, Raymonde appeared opposite Goldblum in the 2009 season finale of Law & Order: Criminal Intent.

Before dating Tania, Jeff was married twice. He married Patricia Gaul in 1980, but their marriage lasted six years. Then he married actress, Geena Davis in 1987 but divorced in 1990. At present, Jeff is married to a Canadian Olympic gymnast, Emilie Livingston, who is 30 years his junior. They have two children.

Despite working in 22 films, Tania has yet to deliver a box-office hit. The only profitable movie in which she appeared was the 2013 slasher horror film, Texas Chainsaw 3D which collected $47.2 million.

Tania has been active in the entertainment industry since 2000. Her most memorable television performance include Malcolm in the Middle, Lost, Cold Case, etc. Since 2016, she has appeared as Brittany Gold on Amazon's web tv series, Goliath alongside Billy Bob Thornton and Diana Hopper.