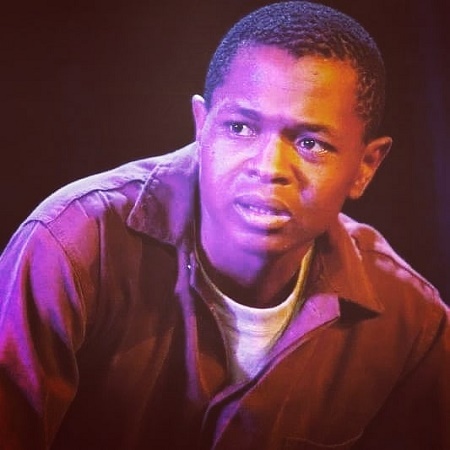 Tau Maserumule (born on 30 November 1985) is a South African actor who has been active in the entertainment industry for decades. However, he gained popularity after starring the character of Fanwell in the TV drama series The No. 1 Ladies' Detective Agency from 2008 to 2009.

After his rising fame, many of his fans are excited to know whether he is in a relationship with anyone not. Then if you are among them, then read the whole article.

Here are all things you need to know about Tau Maserumule.

Is Tau Dating Anyone? Know his Relationship Status

As of early 2020, the South African TV star is still an unmarried man. To date, he has not revealed any sort of information regarding his love affairs with the media or public.

In fact, Maserumule, who is 34 years old, always loves to keep his intimate things in private or away from the limelight. Currently, he's not dating anyone and is cherishing his singlehood with his family members and friends.

Even scrolling through his social pages, there are no hints about his romantic relationship. His posts often feature about related works and co-stars. He recently wished his little sister Mogosadi Maserumule on birthday special on 29 March 2020

Know About His Significants Works

Tau, who trained at the Market Theatre Laboratory, has made his appearances in various television shows and films as well. Likewise, he made his first notable debut as R.U.F. Soldier #1 through political war thriller film, Blood Diamond, co-produced and directed by Edward Zwick.

He also played LRA Soldier 's role in the 2011 biographical action movie Machine Gun Preacher. In addition to movies, he has played the various roles on TV series as Youth at Taxi Rank in Home Affairs (season 3), as Skeem Saam in Prosecutor (as Tau Maseremule) (season 8), as Murakes in Soul City (season 12).

Maserumule also appeared in Season 1 and 2 as Dibaba in Ke Ba Bolelletse. Besides this, his theatre performances include roles in The Good Woman of Setzuan, U-Shaka, The Playboy of Limpopo, The Crucible, and Lethebo la Bogoshi.

In the 12th season of the SABC1 drama series Soul City, Maserumule landed a starring role as Murakes, a self-employed "fixer." As he wants to have a shop on the main road and be an accepted community leader.

For his theater work, CIRCLE, Tau was nominated for the NALEDI Theater Award in 2012. At the 2012 National Arts Festival, this won him a Standard Bank Ovation award.

For more biographies and gossips on different personalities, Visit Marriedceleb