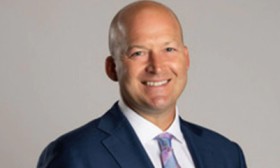 Timothy Thomas, aka Tim Hasselbeck, is a retired American NFL player who has been with teams like New York Giants, Washington Redskins, Philadelphia Eagles, Buffalo Bills, Baltimore Ravens, and Arizona Cardinals as well as the Berlin Thunder. After retirement, he works as an analyst for ESPN.

Born on April 6, 1978, in Norfolk, Massachusetts, former quarterback Tim has attended Xaverian Brothers as well as he propelled his education and career in Boston College. Besides his football passion, he used to play Basketball in Xaverian Team.

With Whom Is He Married?

Former quarterback Tim has exchanged his wedding vows with his long time girlfriend, Elisabeth Del Padre Filarski aka Elisabeth Hasselbeck, on July 6, 2002. His wife Elisabeth is a television personality who was famously known for a talk show. His spouse rose to prominence in 2001 as a contestant on the second season of the American version of Survivor.

She ended up being fourth on that show. Tim purpose Elisabeth in the same year. After a year, the love birds tied in a marital relationship, and to this date, none of the rumors and controversies surrounds their marriage. Wanna Know how they meet, scroll down.

Most of the people don't know that Tim's wife is also a former athlete who used to be in a women's softball team while she was studying at a Boston college. Similarly, Tim played for the Eagles football team from 1996 through 2000 in the same college.

The lovely couple met for the first time at Boston University. Their love story began when they were a sophomore in college. After sharing so many ups and downs together, the romantic couple currently resides in Belle Meade, Nashville. Keep scrolling to know about their children.

Hasselbeck is a  father of three kids where he welcomed his first child, a daughter, Grace, in April 2005. During that time, the quarterback used to play from New York Giants. It was November 2007, when he welcomed his second child, a son, Taylor Hasselbeck.

His family size got a bit bigger in August 2009 when his third son Isaiah Timothy Hasselbeck was born. Nowadays, besides their busy schedule, Mr. and Mrs. Hasselbeck are giving their full efforts and time to give their kids a better future. Now scroll down to know about Tim's family.

Tim has followed the footsteps of his father, Don Hasselbeck, who used to play for a New England Patriots as a tight end. His mother name Mary Beth "Betsy" (Rueve) and he has spent his childhood in Norfolk, Massachusetts.

He grew up with his two siblings. His brother Matthew Michael Hasselbeck is a former American football quarterback who currently serves as an analyst for ESPN's Sunday NFL Countdown. His other sibling Nathanael Hasselbeck is having a sound career in Real State business.

How Rich Is He?

Playing in NFL of eight leagues must have provided Timothy an enormous amount of wealth. As of 2020, his estimated net worth of over $12 million, similarly another NFL quarterback, Justin Rya Simpsons, has a net worth of $3 million.

Further, after retirement, he joined ESPN where he has an average salary of $6150,000 annually, whereas ESPN analyst like Brad Galli has an annual salary of around $100,000.

Being the multi-million dollar celebrity, it's obvious to have luxury desires. He has a Home in Belle Meade, Nashville, which worth $2 million. The couple bought the 7,115-square-foot house in July 2016.

In addition, the couple previously owned a house in Nashville, Tennessee, which they sold for $4.8 million in August 2016. The couple had bought the house for $4.2 million in May 2012.