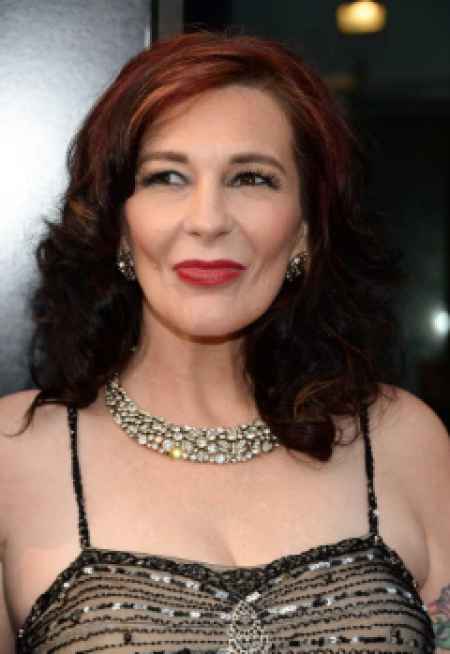 American singer Tomi Rae Hynie is famous as the ex-wife of late American singer, James Brown. Besides being a wife, she has also made contributions as a backup singer in one of the singles of her spouse.

Tomi Rae Hynie was born on May 21, 1969, in the united states. She is 50 years old as of now. In the early 80's she formed the all-female rock band, Hardly Dangerous. Lately, Rae went on to form her rock and soul band, Godmother of Soul featuring Kelly Garni, Lez Warner, and Raven Strom.

Hynie has been married twice. She is also a mother to James Brown's child. After two failed relationship, the star remained single.

Hynie was earlier married to a Pakistani guy, Javed Ahmed, in 1997. Ahmed married Hynie only to get American citizenship.

Reportedly, he was already a married man who has three wives in Pakistan. Ahmed confessed it just after the wedding ceremony and ran away.

Tomi them went on marrying James in 2001. But, the conjugal life was claimed to be invalid as Hynie was yet to get a divorce from her first spouse, who only appeared in 2004 and separated legally.

Following all these incidents, Brown became angry & hurt Tomi, and as a result, he was charged with domestic violence.

The former lovebirds, moreover, shared a child, a son. Their only kid, James Joseph Brown II, was born on 11th June 2001.

In 2018, the South Carolina Court of Appeal upheld the trial claiming Hynie's marriage to Ahmed as void. Consequently, Hynie was declared as the surviving wife who would entitle all the allowances.

Because of their only child, a substantial conflict arose between the couple, which was related to the legitimacy of the birth. Later, Brown filed for a DNA test, and they further claimed that Brown went a vasectomy surgery avoiding paternity suits in the future.

Although the controversy had come to dissolution, the legal suit regarding the dispute didn't end. In January 2018, Brown's heirs filed a lawsuit against the mother-son duo and the estate trustee over Brown's music catalog.

What is Tomi Rae Hynie's net worth?

As a singer, Tomi Rae Hynie has supposedly amassed a good fortune solely from her career in the music industry. As a wife of James Brown, who had a total amount of wealth over $100 million at the time of his death, she probably received a sufficient amount from the inheritance.

Presently, she rightfully took over her husband's finance. Although the amount she received after the demise of her husband is not confirmed, her bank balance must be in the multi-million dollar.

Hynie, along with her son, is looking after their charitable trusts. Brown was actively involved as an activist in order to provide education for the youth. As a part of his work, the singer acted in serving the orphanage homes in Atlanta, donating some part of their wealth for their better lives.