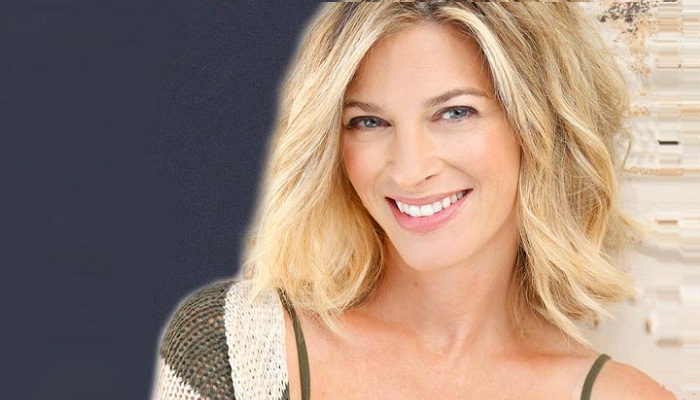 Who is Tracy Melchior?

Tracy Melchior is an American actress and author. She is well recognized for her appearance in drama titled The Bold and the Beautiful as Kristen Forrester Dominguez. Moreover, shd has also portrayed as Ticket booth Girl Tracy Lindsey in the film Beverly Hills Cop III.

Tracy was born on 22nd June 1973, in Hollywood Florida. Born to her American parents, she is of White ethnicity and holds American nationality.

There is no information about her education background and family background.

Melchoir's acting career began in 1994, when she portrayed in the movie The Beverly Hills Cop III. The following year, she made her appearance Sandy Applegate in the movie The Power Within.

Additionally, Tracy also appeared in the movie Hiden Secrets as Sherry Hayden, and as Grace in the film Do You Believe?

Besides acting, Melchoir is also known for her writing. In the year 2005 memoir Breaking the Perfect 10 resembles Tracy's effort and acting career to finf salvation in Hollywood's made-dominated industry where malevolent and sexist behavior prevailed.

Is Tracy Melchoir married or single? Know about her husband and children

Melchoir is a married woman. She is married to her longtime husband Rob Melchoir. The couple decided to live together as husband and wife on 20th March 1999. However, the couple has not talked about the beginning of their love story. Her husband rob is a LAPD SWAT officer.

Since their marriage, the couple is living a happy life together and shares two children together. Both of them are sons, Kylr Robert Melchoir(born on Jan 2001) and Cody Melchoir(born 18th October 2009). Additionally, there is no rumor or controversies about the couple which leads into their separation or divorce.

What is Tracy Melchoir's net worth? Know about her salary income

Talented American actress, has managed to sum up a good amout of wealth from her career as an actress. Her average salary income is around $50 thousand per year.

Grogeous and talented actress Tracy, is concerned to keep her body fit and well maintained. She stands 1.75 meters / 5 feet 9 inches and weighs around 121lbs /  55kg.