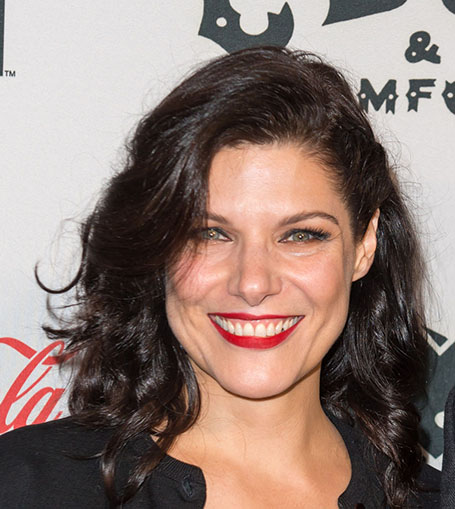 Super Bowl Champion Bill Cowher's second wife Veronica Stigeler is an American singer and musician. She is known for Cry Your Eyes Out, Best of Me, Slip Away and Good Girls. American singer Sarah Grace was the contestant of The Voice.

Although widely recognized as Queen Vr, she was born as Veronica Carla Stigeler in February 1972. Growing up in New York, Veronica completed her university education majoring in music. According to her Youtube channel, Veronica regards herself as one of the secret musicians who are not so popularized.

Veronica is married to Bill since 2014

Love Song singer Veronica made her wedding vows to Bill in the spring of 2014. The couple married in a Christian wedding ceremony which was attended by a few guests. In an interview with CBS Pittsburgh, Bill said;

Before tying the marital knot, Bill had appeared in Veronica's music video, commercials and had made cameos in The Waterboy and The Dark Knight Rises. Six years later, the pair are still intact in their marriage and adore each other. Veronica and Bill do not share any biological kids. But they are blessed with four adoring grandkids. Unlike American singer Carnie Wilson, Veronica is not so active in social medias.

When Veronica met her spouse Bill for the first time, he was a widower. Bill was previously married to late professional basketball player Kaye Young. Kaye was a North Carolina State University graduate and played for New York Stars. Bill and Kaye had married on April 9, 1983. The couple was blessed with three daughters; Meagan Lyn Cowher, Lauren Marie Cowher, and Lindsay Morgan Cowher.

In 2011, Meagan exchanged wedding rings with former National Hockey Player Kevin Westgarth. Similarly, her sister Lindsay is known as the better half of the NBA forward Ryan Kelly who plays with Atlanta Hawks. Lindsay and Ryan married on August 2, 2014. All the girls are basketball players who excelled in university leagues.

Best of Me is the most viewed single of Veronica on her Youtube channel Queen V:

Bill and Kaye lived in Raleigh, North Carolina until her death on July 23, 2010. Kaye had long suffered from skin cancer and was fifty-four when she took her last breath.

What is her net worth?

Veronica co-owned a house located in North Ridge Country Club, Raleigh. In 2018, the couple listed the house on sale for $2 million. Currently, she lives in New York with Bill. Veronica has thousands of subscribers on her Youtube channel and performs live regularly. Till now, she has released two EPs; Bridges Volume 1 and Volume 2. Her latest singles include; Honest(2019), Write Your Song(2018) and Falling In Love(2018).

Visit Married celeb to read more about your favorite celebrities!