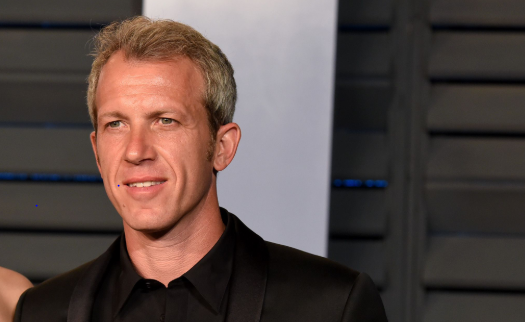 Today we are going to break our usual stereotype and talk about the Israeli real estate developer. He is also popular for being the husband of model and actress Gal Gadot. Yes, we are talking about Yaron Versano.

His wife Gal played the titular role in the 2017 superhero blockbuster Wonder Woman. Here are all the information about Yaron Versano that you need to know. The article involves all about his profile, height, net worth, and spouse. Stay tuned till the end to us.

Yaron Versano was born on June 23, 1975, in Amsterdam, the Netherlands. Versano spent most of his childhood in his birthplace. For his higher studies, he attended International School of Amsterdam and later got enrolled at the New York Institute of Technology in Old Westbury, New York, and graduated in 2000. There are no details about his mother, father, and early life. Versano has the youngest siblings named Guy.

Right after completing his education, Yaron relocated to Tel Aviv, Israel and set up a combined real-estate company with his brother. With an ambitious mindset, he soon turned the company into a profitable venture.

After his wife Gadot had shot ‘Fast & Furious’ (the fourth film in The Fast and the Furious franchise, released in 2009), they went back and forth between Israel and the US and found themselves often taking residence in hotels. Yaron and his brother later built a hotel like an apartment complex in the USA. In 2015, Russian business tycoon Roman Abramovich procure the hotel.

Yaron's age is 43 as of 2019. Versano has a height of 6 feet 1 inch tall. There are no other details about Versano's body measurement and weight. Yaron has a pepper white hair color and brown eye color.

People get really curious when the buzz is about celebrity. Here today we are gushing about the personal life of Yaron Versano.

He encountered Gadot in 2006 at an Israeli desert yoga party organized by their mutual friend. Yaron and Gal felt one another's immediate after their first encounter itself.

Only on their second date, Yaron told her that he was quite serious about this relationship and would not wait for her to be proposed for more than two years.

Gadot, then in her early twenties, confessed to being a little confused at that time. But, on the other side, Versano, who is ten years older than her, knew what he wanted from his life.

True to his word, in 2008 Versano put forward a very romantic proposal to the actress without any hesitation. She accepted the proposal and in the same year they got married.

The couple tied a knot in a very intimate way in the presence of their close friends and family. The pair said "Yes, I do" in 2010.

During their wedding ceremony Gal wore a white body-con dress. Whereas on the other hand, her groom wore black tuxedo.

Versano is a feminist and progressive thinker just like his wife. Yaron actively supports his wife and her pursuit of Hollywood stardom wholeheartedly.

Yaron is not associated with the entertainment industry like his wife, yet he manages to earn a huge amount of net worth from his real estate career.

In 2015, the hotel was purchased by Russian business tycoon Roman was sold in NIS 100 million (nearly $26 million). As of 20119, Yaron's net worth estimated to be around $13 million. Likewise, from her good career, her husband also earns a enormous quantity of cash.

To get access to more article on Buiness personality- Marriedceleb