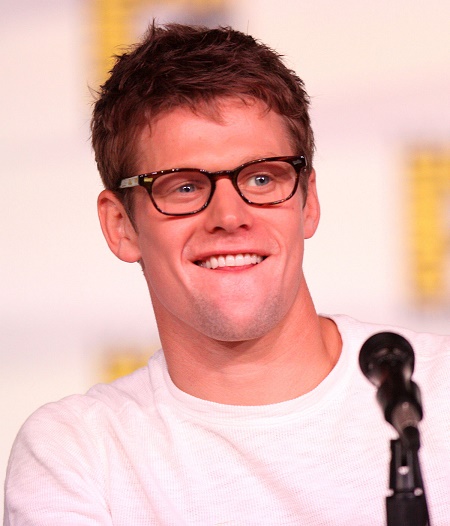 If you guys ever watched the American supernatural teen drama television series, The Vampire Diaries. Then you surely familiar with the name  Zach Roerig who played the character of Matt Donovan in 2008. An American actor, Zach is also known for his appearances included Casey Hughes in As the World Turns, Cash Waller in Friday Night Lights, as Sarge Will Mosley on Dare Me (2019).

Born as Zachary George Roerig on 22 February 1985 in Montpelier, Ohio, Zach holds American citizenship and belongs to the white ethnicity. His parents are Andrea (b. 1963) and Daniel Roerig (1961-2007) and a younger sister, Emily was born in 1989. What's his current relationship status?

Zach Has Dated his Three Co-stars

The 5 feet 11 inches tall heartthrob, who plays Matt Donovan in the hit U.S. TV show is possibly single now. At the moment, he has not revealed any news regarding his current relationship status with the media.

The Ohio native, 35, however, was in a romantic relationship with Vampire Diaries star, Nathalie Kelly from 2016-2017. Likewise, Nathalie played the role of Sybil, in the 8th and final season of the show. The two confirmed their relationship in November 2016 when each shared cuddly photos on their respective Instagram accounts, complete with emojis of the heart.

Later, the Vampire Diaries star's broke up in 2017 after one year of dating. In fact, an Australian actress who is married to Jordy Burrows (m. 2018) was Zach's last girlfriend. Since Kelly, no news of Zach dating meanderings has been coming out to the media or public.

Before Nathalie, 36, Roerig also had a love affair with The Vampire Diaries actress Candice King, who portrayed the role of Caroline Forbes. This cute couple just enjoyed their love life together for over a year from 2011 to 2012.

Before starting dating to ex-sweetheart Candice, the father of one daughter already dated an American actress, Kayla Ewell or Kayla Noelle Ewell. Also, they are co-stars from the same TV show, The Vampire Diaries. The two started dating in 2010 but parted their ways later on.

Enjoys Full Custody Of His Own Daughter

The actor who graduated from Montpelier High School shares one lovely daughter with his jailed ex-girlfriend, Alanna Turner. His little baby Fiona was born in January 2011. Later Roerig filed legal papers in Georgia in June 2013, seeking full custody of his two-year-old daughter.

In the legal documents, the star who shared the screen with David Alpay in The Vampire diaries reportedly claims Turner is currently behind bars. And at that time she was following three arrests and a culpable plea in federal court for "various crimes."

How Rich is the Actor, Zach Roerig?

Working in entertainment for a long time, Zach Roerig earns a suitable amount of money as a film and TV star. He has a staggering net worth of $4 million as of early 2020.

An American actor, Zachary George reportedly makes $10.76 per hour for playing the hits roles in different shows. To date, he has participated in many TV series and shows, such as The Originals as Matt Donovan, Rings as Carter and Marvel’s The Gifted as Augustus, etc.

The 35-year-old star also portrayed Sheriff Matt Donovan's character in CW series arrangement Vampire Diaries from 2009 to 2017. In the show, his co-stars Nina Dobrev (Elena), Ian Somerhalder (Damon) and Paul Wesley (Stefan) gets paid $40,000 per episode. Thus, his annual salary is roughly around $35,000.

More to that, he played the character of Sarge Will Mosley on USA Network series, Dare Me (2019), starring Marlo Kelly.

For access to all our exclusive celebrity biographies then visit Married Celeb!!!