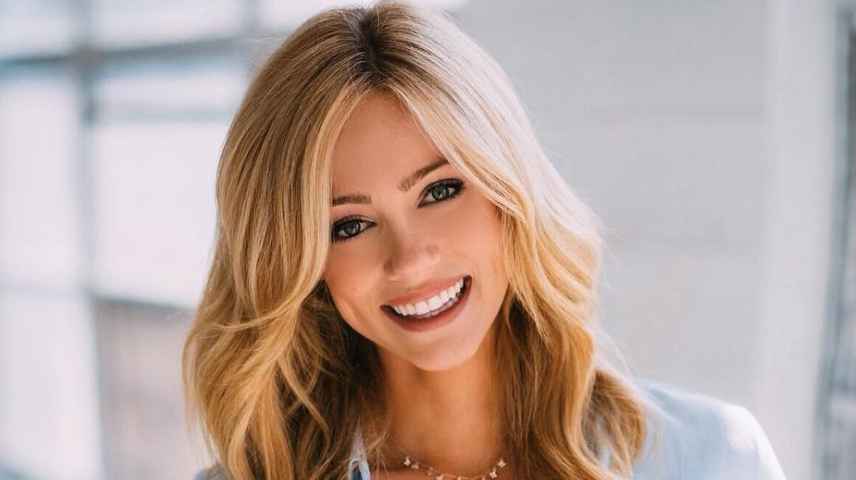 American journalist, Abby Hornacek is the latest star of Fox Nation. She is a sport, travel, and lifestyle host for the channel. Hornacek has traveled across America, ingesting in different cultures and traditions. Along with Fox, she has also worked in several other famous networks.

Abby was born on April 25, 1994, in Arizona's Paradise Valley. She belongs to white ethnicity and holds an American nationality. As per reports, she injured her right eye and now has a plastic eye. So, is it true? Also, know her relationship status.

Hornacek is seen sharing many photos with Anthony Neyer. Because of that, many online tabloids report that the duo is dating each other. Scrolling through her Instagram, we can conclude that she does not have a boyfriend.

Hornacek frequently goes out along with her brother Tyler Hornacek to the most exotic places. She is very much close to her family, as well. Also, she shares a close relationship with her father. The father-daughter often duo plays basketball together.

Apart from that, Abbey is much into volunteering. She is a member of the Kappa Kappa Gamma sorority helping the homeless and the poor. She was also designated as the chief member for many of the volunteering organization.

Abby is the youngest child among all three siblings. Likewise, she was born to father Jeff Hornacek and mother, Stacy Hornacek. Her father is a former American basketball player and professional basketball coach as well.

In 14 years in NBA, he played as shooting until 2000. He then served as the head coach of the New York Knicks of the NBA. Her other siblings are two brothers, Tyler Hornacek and Ryan Hornacek.

Although Abby has a net worth of around $500,000. Her annual salary is over $40,590 as per some reports. With such amount of remuneration, her level and status are quite similar to NBC reporter Candace Sweet who receives an income of $45,000.

The star, moreover, started her career as an anchor for Trojan Vision Television. She then moved to SC Sand Volleyball Team as a team member.

A year later, the journalist moved to Annenberg TV News as a multimedia journalist. She then severed for several networks like NBA, Stadium, and Fox Sports San Diego, among others.

Also, her dad, Jeff Hornacek, has over $8 million in net worth. He also earns a right amount of paycheque as a professional coach. Jeff is also involved in many of the endorsements for the New York Knicks, which may also assist him in adding a reasonable sum to his bank balance.

Concerning her education, she attended Xavier College Preparatory in Phoenix. Further, she went to earn a Bachelor's degree from the University of Southern California in Broadcast Journalism.

Before starting her career at Fox, She was involved with the media house in various programs engaging with the hosts, creating content, assisting, and clipping sports highlights. The host is currently working as a travel and lifestyle host for the Fox Nation.

She has traveled to different destinations for her TV series. In January 2019, she started to work for the Fox News on a program titled Fox Nation: In-Depth.

Abby always wanted to be an athlete like her father. So she started playing volleyball during her college days, dreaming of playing professionally. As per reports, she suffered an injury in her right eye, which washed her dream away.

But the news is not correct as Abby did not suffer any injury in her eye. Instead of that, she suffered a blow on her foot. After a double surgery, Hornacek felt better but could not continue her sports career. As of now, she is traveling America in her new show Park'd.