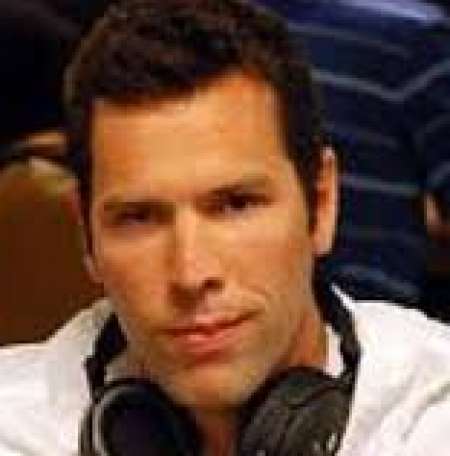 Adam Bilzerian is an American born poker player. He participated in the Poker tournament along with his brother Dan Bilzerian. In addition to that, he is also a writer and has some books to his name.

He belongs to one of the wealthiest families of Florida. But, he had to live without his father during most of his childhood. While he was at school, his father was imprisoned and could not attend Adams' high school graduation ceremony.

Similarly, his father's ill-treatment by the country brought a big disappointment toward the U.S. from Adam. After that, he moved from the U.S to Saint Kitts and Navis in 2007.

Adam further lives along with his wife and two children in the million-dollar mansion that he bought in Saint Kitts and Nevis. His father joined him after releasing from the prison. Unlike his quiet lifestyle, his elder brother Dan lives an affluent life partying and having fun.

Brother Dan also holds dual nationality, including an Armenia citizenship. Moreover, he has a lot of dating records akin to Hugh Hefner.

Bilzerian comes from a wealthy lifestyle; his father was a self-made millionaire who had a net worth of over $81.4 million. Luckily, he funneled his fortune to his sons just before his legal battle.

Paul had a big support towards his children's financial status. Similarly, Adam's brother, Dan, has a fortune of $200 million.

Likewise, Adam invested $400,000 for the hotel giant 'Marriott.' Similarly, he has ventured in much other business but has not disclosed his total wealth.

Who is Adam Bilzerian?

He is an American born poker player and writer. Bilzerian further moved to Saint Kitts and Navis after the ill-treatment of his father by the US government. Adam grew up with his brother and previously had the ambition to be an army man.

Bilzerian, moreover, grew up in Florida and attended Gaither High School. Later, he went on to study at Vanderbilt University. He played tennis in his college days and wanted to enlist in the US Army.

Unfortunately, things did not turn out like he wanted, when his father was arrested in charge of fraudulent market manipulation. This dropped his dream of enlisting in the army.

Conversely, Adam turned into poker and participated in the 'World Series of Poker' where he ended up reaching the 47th rank. He also received $138,568 as prize money from the game. Likewise, his elder brother Dan Bilzerian also took part in the tournament.

Sportswriter Norman Chad referred the brothers as "Flying Bilzerian Brothers" for their excellent performance. However, Adam left the US for his resentment against the American Lawmakers. Besides, he also wrote a book "America: Love it or Leave it-So I Left" which costs around $18 in Hardcover.