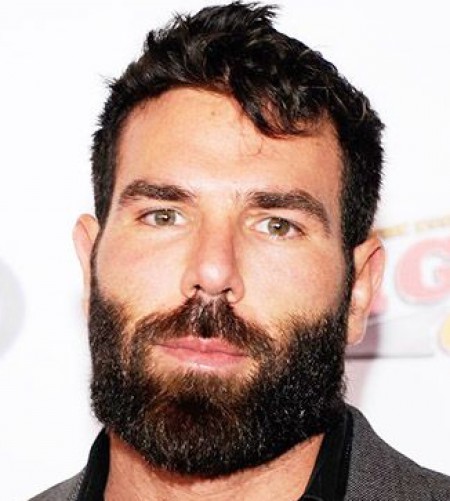 Who is Dan Bilzerian?

Dan Bilzerian is an American millionaire, bodybuilder and poker player who is also known for his wealthy lifestyle. His exotic living has made him an Instagram sensation.

Dan Bilzerian was born as Dan Brandon Bilzerian on December 7, 1980, in Tampa, Florida. He was born to father Paul Bilzerian and mother Terri Steffen. Similarly, Dan has two siblings Adam Bilzerian and Nelson Bilzerian. Further, Dan holds an American nationality and his ethnicity is white.

Dan went to Florida University but he was not into studies, Young Bilzreman eventually complete his degree with business and criminology. Likewise, Dan was never interested in business, moreover, he started to play poker while at college.

Dan wanted to carry his father's footstep by enrolling in the Army. In 2000, he enlisted for the 'Navy Seal' training program but, he was expelled due to lack of discipline and charges related to safety violation on the shooting range. Nevertheless, this turned his luck into gambling again.

Then after, Dan played poker at high stakes and made good fortune. He also funded his own startups. Similarly, Dan entered poker competition in the 2009 "World Poker" where he ranked 180th spot. Likewise, Dan also tried his luck in the movie industry. He came as a debut artist for the renown movie "Olympus Has Fallen"  starring Gerard Butler and Morgan Freeman.

Dan always lived his life in affluence. Parties, girls and drugs were all his favorites. Unfortunately, Dan had two heart attack at two consecutive days while he was in mid-twenties. His affluent lifestyle accompanied by heavy consumption of alcohol, weed, drugs, and sex was the reason.

However, Dan had many affairs with some of the finest models, likewise, he never settled. In consideration of his lifestyle, he is no less than Playboy honcho Hugh Hefner. Further, Dan has never indulged himself into any form of serious relationships.

Further, he had in an intimate bond with Ashley Soule who is the girlfriend of Former CEO of Bodybuliding.com Ryan Deluca. Recently, Bilzerman dated model Andreea Bolbea for a long time, unfortunately, the relationship could not proceed further. Currently, he is leveling with another model Sophia Beverly.

Dan is a millionaire and earns a good fortune form his poker games. He lives a king-size life with the most luminary. Likewise, Dan has a two multi-million villa in Nevada and Hollywood Hills.

Further, Dan won over $10 million overnight playing poker game. He also made a whopping sum of over $50 million in a year through his gambling. Currently, Dan has a net worth of over $150 million as of 2019. He also owns a collection of guns and some of the flashiest car inline.

Dan has a muscular body, He is also featured for his body for some of the well-known bodybuilding magazines. Dan has a height of over 174 cm and weighs 88.5 kg. Similarly, his hair color is brown and eyes are hazel brown.

Dan has brought his prominence through his social media. Likewise, he has a fan base of over 27.4 million on his Instagram page. His Twitter profile has over 1.54 million followers.