Alec Baldwin and Wife Hilaria on the Road to Becoming Parents! Expecting Baby after Miscarriage 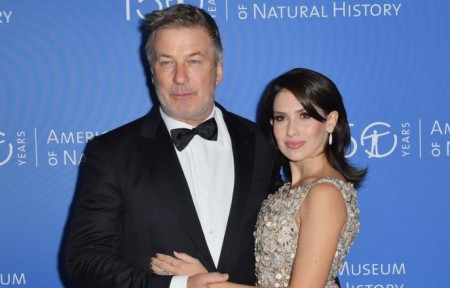 Hilaria Baldwin, the Yoga coach, is pregnant again. After two miscarriage last year, Alec Baldwin, the Emmy-winning actor, and his wife Hilaria are expecting their fifth child together in the early 2020 Quarantine period.

Baby on the Way

The Mom Brain podcast shared a video of her belly on April 7, 2020, on Instagram with the sound of her baby's heart beating in the background. She captioned:

“Sound up…I’ll let the baby do the talking because I don’t have the words to express how this sound makes us feel.

Hilaria, 36, continues saying: “Just got the great news that all is well and all is healthy with this little munchkin. I wanted to share this with you. Here we go again. 💫”

Before this, the author of The Living Clearly Method announced that in November 2019, she had experienced a miscarriage when she was four months pregnant. In April of last year, she also miscarried a baby.

Hilaria posted a video herself with daughter Carmen on Instagram:  “We are very sad to share that today we learned that our baby passed away at four months. We also want you to know that even though we are not ok right now, we will be".

The second son or third born child of the couple, Leonardo Ángel Charles Baldwin, was born on September 12, 2016. And most recently, on May 17, 2018, their third son Romeo Alejandro David Baldwin was born.

Alexander also has a 23-year-old daughter, Ireland Baldwin, from his first marriage to Kim Basinger, who is also a political activist. Likewise, Baldwin and Kim were married from 1993 to 2002.

And Hilaria has always talked frequently about her relationship with Ireland on social media. She once said: "I love my stepdaughter as much as I love my biological children, and when I see otherwise insinuating remarks, I become a mum lioness.