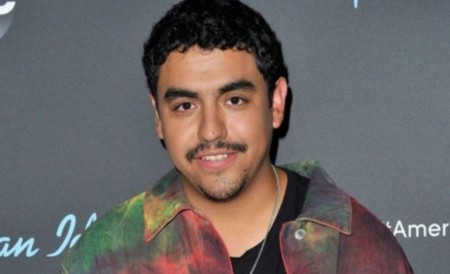 The popular singing competition tv show, American Idol, has produced many successful singers and musicians. Alejandro Aranda, also known as Scarypoolparty, became the runner-up on the 17th season of American Idol. Fans are curious to know what he is doing now?

The 26-year-old Aranda is an American singer and musician. He released his first album, Exit Form, in November 2019. Apart from singing, he knows to play the guitar and piano.

Rise to Fame with American Idol

Aranda gained a wide fan following after he participated in the season 17 of American Idol. On April 6, 2019, he auditioned in Los Angeles and performed two originals songs, Out Loud and Cholo Love.

Watch Alejandro Aranda singing Out Loud for his audition in American Idol!

Aranda finished the season being a runner up, while Laine Hardy became the winner. Do you know Aranda's audition video has more views on YouTube than any other Season 17 contestant's audition?

What is Alejandro doing now?

Aranda's post-American Idol journey has been overwhelming. He is currently signed to Hollywood Records. Further, Alejandro released his debut album, Exit Form, on November 22, 2019. Additionally, he was busy performing on several tours and festivals.

At present, the genius singer is single. Aranda hasn't revealed his girlfriend or partner. Further, it seems he is not married as well. Alejandro is entirely focused on his profession.

While most celebrities are open about their relationship on social media, Aranda doesn't share anything about his personal life.

It hasn't been long enough since the young artist embarked on his music career. Being a runner up of American Idol, Alejandro received prize money of $170,000. Additionally, he also got a record deal.

There is no exact information about Aranda's net worth. In July 2019, he was scheduled to go on a seven-date US tour. The tickets were sold out in minutes.

Further, Alejandro has a merch where he sells items like hats, hoodies, t-shirts, and sweatshirts. With a growing career, the singer's earning will increase even more.

The aspiring singer had a rough start in his career. Before pursuing his dream as a music artist, Aranda worked as a dishwasher. Also, he worked at a warehouse. At 20, he began learning guitar and piano and taught himself to sing.

Later, Alejandro started performing on the streets. Being on the road helped him deal with the frustration in his 9 to 5 job as well as get his stage fright.

Soon after he got comfortable in front of people, Alejandro played at Open Mic Nights and backyard concerts.

In 2017, Aranda was named Artist of the Year by California State University. This was the first time he had a break in the music industry.

An accident nearly took his Arm

At age 20, Aranda was working at a warehouse. One day his hand got stuck in the conveyor belt. Luckily, the belt caught his flannel shirt, which saved his hand.

After having this incident, Aranda revealed that he started taking music seriously.

Meanwhile, Aranda has a YouTube channel under the name ScaryPoolParty. His channel has 146k subscribers as of September 8, 2020.

Alejandro Aranda was born on August 11, 1994, in Pomona, California, United States. He has a sister and belongs to mixed ethnicity. Aranda describes himself as a Spanish kid.

As per the Calfornia State University's college newspaper, Alejandro was a college journalist. Also, he majored in journalism.