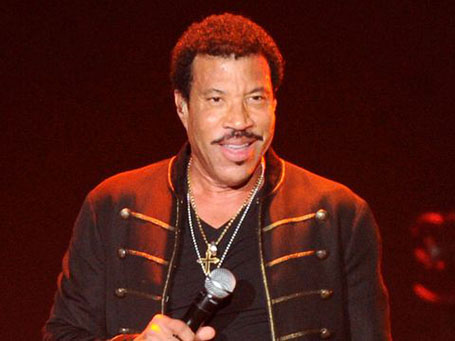 America's favorite music idol Lionel Richie is the winner of four Grammy Awards to date. He also appeared in 2018 and 2019 American Idol. Lionel is best known as the father of American TV personality Nicole Richie.

Lionel Brockman Richie Jr. was born on June 20, 1949, in Tuskegee, Alabama to Alberta R. Foster and Lionel Brockman Richie Sr. Young Lionel was a talented tennis player who received a tennis scholarship at Tuskegee Institute. But instead, he pursued a Bachelor of Science degree in economics.

Praised for his distinctive, rich and smooth singing voice, Lionel is also a loving father to his three kids.

Richie tied his first nuptial knot with his college sweetheart Brenda Harvey. The two walked down the aisle on October 18, 1975. Lionel and Brenda adopted Nicole Camille Escovedo when she was just two years old. They raised her as Nicole Richie and legally adopted 7 years later.

Nicole was born in Berkeley, California on September 21, 1981, to music director Peter Michael Escovedo. Nicole's biological parents handed her to Lionel and Brenda because they couldn't afford her upbringing.

Brenda Filed For Divorce From Lionel

From 1986, Richie began dating Diane Alexander secretly while he was still married to Brenda. But Brenda found about his affairs just two years later. She found Diane and Lionel together in a Beverly Hills hotel room. Lionel hid the fact by saying that Diane was just a hotel maid.

After ending nearly 18 years long marriage with Brenda, Lionel went on to live with Diane at her Beverley Hills apartment. The couple welcomed their first child Miles Brockman on May 27, 1994.

Lionel and Diane finally exchanged wedding rings on December 21, 1995. Three years later on August 24, 1998, Diane gave birth to their second child Sofia Richie. Like his previous marriage, Lionel's conjugal life with Diane also proved to be a failure. Lionel and Diane got divorced in 2003.

Lionel is one of the Richest Celebrities

Lionel's net worth is estimated to be more than $200 million. His concerts and music tours are one of the most sold out. Besides, Richie owns a 28-room Beverley mansion which was built in 1929. The house is built in the Italian Renaissance Revival structure and is worth more than $11 million.

Lionel also owns a huge collection of expensive and vintage art pieces. Some of them include; gilded chairs, opaline boxes, Danny Thomas's plateau, Ebanista bed, Malcolm X's bust, and Miles Davis's painting. Both of his daughters reside in Beverly Hills which is known as the most expensive neighborhood.

Lionel's impressive singing and songwriting talent have garnered him an Oscar and three Grammys. Besides, he is the recipient of Kennedy Center Honors, Walk of Fame, TV Land Awards, Golden Camera Awards, BET Awards, and Image Awards.

Lionel has also been nominated to MTV Video Music Awards and Billboard Music Awards. Additionally, he is also the first person to receive an RIAA Diamond album award.