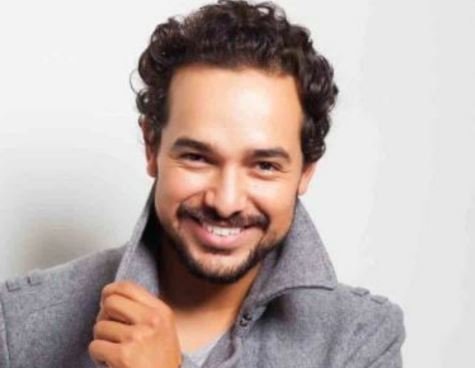 Alejandro Edda, also known as Alex Alejo, is a well-known Mexican actor, known for his outstanding acting performance in series such as REALITY HIGH and Have Love. Recently, he is starring in the popular Netflix crime drama web series, Narcos: Mexico, as Joaquin "El Chapo" Guzman.

The prominent actor, Alejandro, was born on 17 May 1984 in Puebla, Mexico. Likewise, he was born under the sun sign, Taurus, and belongs to Caucasian ethnicity. His nationality is Mexican. However, people are more curious to know about his personal life. So, if you are also interested to know about it, then read the article until the end.

Alejandro Edda Is A Married Man

The 35 years old actor, Alejandro is not a single man as he is happily wedded to the Love of his life, Aura Serna. The two exchanged their wedding vows on 17 July 2009 in an intimate ceremony with the presence of their close friends and relatives.

Back in 2018, he uploaded pictures of his children and wife and wished Aura 9th Anniversary. He wrote,

It's been ten years of their successful marriage, and the couple still shares excellent bonding and are living a peaceful life without any divorce rumors and controversies.

Not only a happy couple, but they are also parents to their two kids whom they share from their marital relationship. They welcomed their first child, a son named Luciano Edda, in March 2009. Similarly, the pair gave birth to their second son, Feliz Paolo, in February 2014.

Currently, he is five years old. Alejandro often uploads pictures of his wife and kids on his Instagram account. Recently, he went on a family vacation to Joshua Tree, California. Looking at their age, Luciano and Feliz must be attending their elementary school.

Being a well-known actor, he has accumulated a lucrative sum of money through his successful career. Alejandro's net worth is around $1 Million as of 2020. He has played in over 10+ TV series up until now including Narcos: Mexico as El Chapo alongside Tenoch Huerta and Teresa Ruiz and earned most of his money through these projects.

Besides, he also earns a decent amount of money from commercials and advertisements. Without a doubt, his fortune is going to rise in the coming days as he is still active in his professional life. The average income of an actor is around $56,000 as of 2020. Without a doubt, is a well-known and experienced actor, he might be earning over $100,000.

Keep Updated With Married Celeb To Know More About Actors on Narcos: Mexico!!!