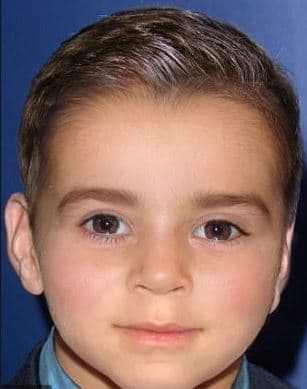 The famous celebrity kid who is just three years old is one of the highlighted names in the industry. Alexander Clooney is the son of the three times Golden Globe Awards winner, George Clooney.

He was born on 6th June 2017 alongside with her twin sister, Ella Clooney. Just at the age of three, he has been one of the top list news for today's media due to his parent's name and fame.

The love life of parents

Alexander's parents are one of the high-profile personalities. His father, George is well known American actor, director, producer, and Filmmaker while mother, Amal Alamuddin is a Lebanese British barrister at Doughty Street Chambers who specializes in human rights and international law.

In 2013 the two met one another for the first time in the function of a mutual friend. They were pretty attracted by one another and exchanged their contacts.

Soon they started dating each other and started to hang out together. Just after a couple of months of being in a relationship, they decided to take their relationship further.

On 28th April 2014, the couple put an engagement ring to one another. They announced publicly their relationship. Fans around the world congratulated the couple for their new journey of life. On 7th August 2014, the pair obtained marriage licenses at the Royal Borough of Kensington and Chelsea.

Within a month the pair exchanged wedding vow on 27th September of the same year at Ca' Farestti by the friend Walter Veltroni, who is the former mayor of Rome. The wedding ceremony was a grand occasion where many big star actors, directors were seen to greet the couple.

Alexander Clooney has a twin sister

The married couple now married for over five years. During their marital duration, they are blessed with two beautiful children. On the 9th of February, 2017 CBS talk show, The Talk reported that the Amal was pregnant. And that the pair are expecting twins.

Ella Clooney and Alexander Clooney born on June 6, 2017. Both of the kids are now, almost three years old. The family of four is now living a happy life.

Despite being a busy parent, the pair are still taking good care of their children. Further, the couple often uploads their kid's photos in their respective social media account.

It is a matter of fact that, George has been married previously. He exchanged his first wedding vows with actress Talia Balsam back in 1989. Just after enjoying four years of nuptial life, the pair got officially divorced. As of now, Talia is married to the American director and actor, John Slattery.

The net worth of Alexander parents

Alexander's father, George is numerous award-winning personalities. He has net worth of $500 Million as of 2020. Which he accumulates through his outstanding career. He has almost earned $200 Million from his TV and film career alone.

He is also listed in one of the highest-paid actors around the world. His single appearance in the Batman movies lead him to earn $10 Million, The Perfect Storm lead him to earn $8 Million, $20 Million from the Ocean's Eleven and $15 Million for Ocean's Thirteen. Similarly, mother, Amal has a net worth of over $10 Million.

Clooney families are also famous for their impressive houses which are located in different parts are of the world. The combined worth of Clooney houses alone is over $100 Million. In 1995 George bought a six-bedroom mansion in Studio City, California for $2.2 Million. Which current value is over $10 Million as of today.

His most famous property on Itlay's Lake Como was acquired by him in 2002 for $30 Million. The property consists of 15 bedroom villa. Similarly, he owns property in Berkshire, England which value is over $7 Million. Further, the family of four is living a lavish lifestyle in a luxurious way.

for more biographies and gossips