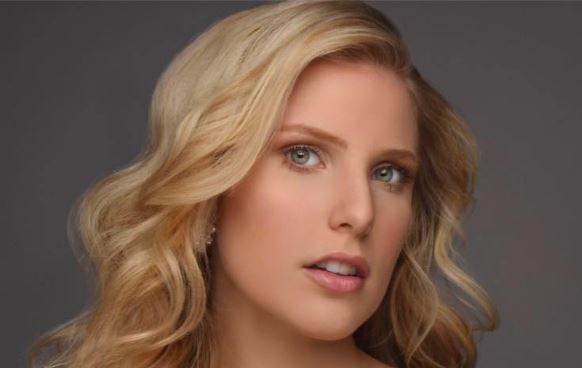 Alexandra Astin who is famously known as Ali is the daughter of a famous actor, director, and producer Sean Astin. Besides, her family legacy, she is featured as Elanor Gardener in the fantasy movie, Lord of the Rings with an actor like Karl Urban as well as Evil Kids at the Crestview Academy (2017) and Two Rings (2019).

She was born on November 27, 1996, in California. Her mother's name is Christine Harrell. Nevertheless, her grandparents John Astin and Patty Duke are also the famous public figure. Besides her glory, she is a music lover who keeps posting singing a song with a  ukulele on YouTube and Facebook.

The gorgeous actress Alexandra is perhaps leading a single life. She is an emerging star of Hollywood who is currently one of the eligible bachelors in the movie industry. Moreover, due to the lack of proper specification, we assume that Alexandra is dating nobody.

The daughter of Sean Astin is raising towards fame and glory. Therefore, she might be loving to keep her personal details under the rug. And there are the reliable source to claim that she is dating someone.

Furthermore, she has followed her father's footstep and she knows who to hide the personal affairs from the rest of the world. However, many of her fans curious to know about her boyfriend but she remains tight lips. Scroll down to know more about her love life.

It was not long a ago, Alexandra is speculated to date young actor Ben Ubinas. Both of them has started their acting career from the same platform. And there is a wide range of rumors that she is dating Ben Ubinas.

Talking about Ben Ubinas, he has featured in the drama such as Submerge and Bound. He has not debuted in the Hollywood big projects. But regarding his acting skills, he will soon cast in big projects.

However, Alexandra has not publicly stated that she is dating Ben. Neither Ben seems to spill beans regarding his affair with Alexandra Astin. Scroll down to more about her.

The next superstar of Hollywood, Alexandra has a very beautiful family. And besides his famous father and mother, her grandfather and grandmother was also a widely famous celebrity.

Her parents got married in 1992. Her parents are one of the cutest couples of Hollywood whose marriage life is successful as their career. Her father is still busy in so many films and series. Among them, Sean is characterized in the current trending Netflix series Stranger thing.

Alexandra has enjoyed great fortune and fame through her family legacy and she has inherited a massive amount of wealth. However, besides her family legacy, she has been the part of many Hollywood Hits, where she must have earned thousands of dollars.

Talking about her family wealth, according to celebrity net worth her father Sean Astin has a net worth of massive $20 million. He is an actor, director, and producer who has earned millions of dollars from his acting career.

Nevertheless, her mother is also a former fashion diva and had earned descent wealth from her career. And currently, Alexandra lives with her family in a million-dollar mansion.

Have a look at Married Celeb for more information about Canadian Actresses!!!