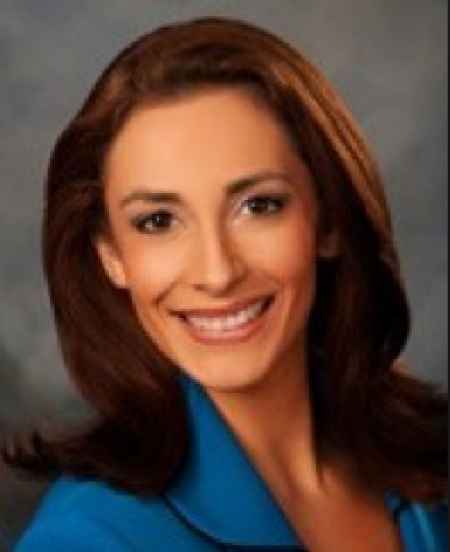 Who is Ali Turiano?

Ali Turiano is an American meteorologist and news anchor who works for Fox 4. She was interested in weather and forecasting from an early age. She has also worked in some of the renowned media houses such as WENY and WICU.

Ali has not disclosed details about her early childhood and birthdate. Turiano's love for weather started when her parents moved from New York to Tampa Bay, Florida. She experienced thunderstorms and lightning after moving there. All those things fascinated her to pursue a career in meteorology.

The movie "Twister" imbibed her interest in a journalism career. As a teenager, she always wanted to chase tornadoes but her mother would not let her.

However, she worked hard studying advanced math and science in high school. Her performance in studies helped her secure admission to Penn State University. She earned a degree with a bachelors in meteorology with a minor in forecasting and communications.

Likewise, she was involved with the Campus Weather Service and College Communication show "The Center County Report".

Prior to her graduation, Ali secured her first job as a meteorologist at WENY in Elmira, New York. Simultaneously, she also got an opportunity to fill in at the sister station WICU in Erie Pennsylvania. She was working on snow, ice, and extreme cold covering some of the harshest weather condition on the east coast.

Eventually, Turiano got transferred to Orlando where she could chase wild thunders that she always wanted to go for. She also got closer to her family and could also spend her time on beaches surfing and sun basking. She also went to Florida and covered some of the severe most conditions.

Further, she then to Dallas which she considers her second home. She reports weather conditions from there now.

Is Ali Turiano Married? Know About Her Personal Life

Ali married her longtime boyfriend Ismael Santiago who is a president for the Victory Ave Equipment. He is a big NY Yankee and NY Knicks fan.

Reportedly, they were in a romantic relationship before the marriage. Eventually, after dating for a while, Ismael proposed her on June 1, 2018. The wedding proposal was Instantly accepted. They are currently living happily in a marital relationship.

Besides, Turiano also loves cooking and learning about new cultures. Her Italian ethnicity has kept her cultural values alive. Her husband is very supportive of her works. Similarly, she likes spending her spare time in fitness and health. She has recently started yoga and fitness classes.

How Much is Ali Turiano's Net Worth?

Turiano has not disclosed her official net worth. As a meteorologist, she earns a salary of over $88,850 annually. Although she has not disclosed the records of her investment on insurances or her shares, it's probably in a good term.

Her total net worth is expected to be in eight figures, however, the exact figure of her bank balance is still under review.

The famous journalist has well maintained her body structure. Looking at her body features, she stands on an average height and has a consciously maintained body.

Further, she also works out regularly in order to remain fit and healthy.