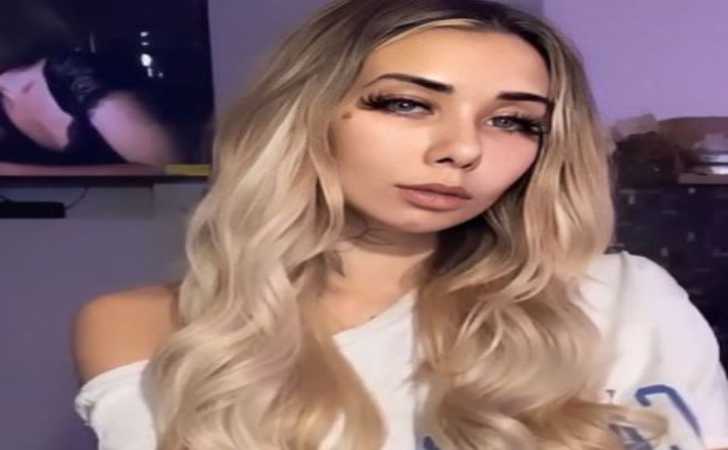 Ally Lotti is an American Instagram Influencer who is widely recognized as the girlfriend of the popular late rapper Juice WRLD. She has a fan following of over a million in her official Instagram account. Apart from her ex-boyfriend's name and fame she is a model by the professional and is quite good at it.

Lotti has been one of the major parts of the rapper success and worked behind the camera almost in every song and song-writing of the Juice. She even accompanied her ex-boyfriend on his 2019 United States tour. Now, let's know more about Ally's life.

Yes, the beautiful internet sensation, Ally's current relationship is marked as single. She hasn't been involved with anyone since the death of her rapper boyfriend. However, she is quite active in social media and often posts on it.

She usually uploads old pictures of her and her boyfriend's in social media accounts. Where she seems to write precious moments of the past which they have spent together.

Relationship with the Juice Wrld

Ally and Juice were the most adorable couple in the rap world. They find one another very much inspiring and supporting. The beautiful pair starting dating one another in mid-2018 and made it public in November 2018.

Lotti publicly uploaded the video of the two together back in November 2018. From that day onwards she achieved more and more followers in her social media account. However, all of the cuteness and togetherness ended up after the death of the rapper.

Juice Wrld died at the age of 21

Rapper Juice was one of the promising rappers who gained both name and fame through his unique style of rapping. His breakout songs like Lucid Dreams, All Girls Are the Same landed on the Billboard charts Hot 100.

The versatile rapper, Wrld died at Midway International Airport on 8th December 2019. The cause of death was a drug-related seizure. Fans from all around the world prompted an outpouring of grief on social media regarding his death.

Ally enjoys a net worth of $300,000 as of 2020. Another Instagram model Jem Wolfie has a net worth of $2.5 Million.  She has accumulated all of her fortunes through her career as a model and internet personality. Her estimated annual income is somewhere between $60,000 to $90,000.

Regarding her late boyfriend, Juice, his net worth at the time of the death was $4 Million. He was one of the most promising rappers. He even signed a $3 Million record deal in 2018 with Interscope Records.

Lotti was born on 28th May 1993 in Philadelphia, United States. She was raised by a Puerto Rican Mum and a black father. Her real name is Alicia L. Leon but she is widely known as Ally Lotti.

Further, she graduated from the University of Alabama. She started appearing on the social site in September of 2017 after that she has gathered a huge amount of attention.