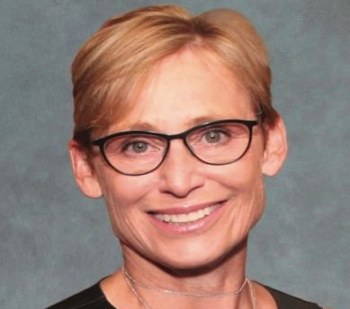 Former City of Chicago First Lady Amy Rule is one popular name in Chicago. An ordinary woman from the simple family rose to prominence after she exchanged her wedding vows with the 55th mayor of Chicago, Rahm Emanuel. She is heavily involved in the social works and development of the city.

Amy is a Chicago native who gathered her art history degree from Tufts University. And later collected a master's degree in medieval art history from the University of Chicago. Previously she worked as an assistant commissioner in the Department of Environment.

Rahm and Amy's way crossed back in 1993. It was a blind date set up by the mutual friend of the couple, Antonia Contro. At that period of time, Rule was working at the Art Institute.

With a couple of flirting and common interests and the same working environment soon they fall for one another. Just after a year of togetherness, the pair decided to take their relationship further. Their relationship is also not more fascinating than Priti Patel And Alex Sawyer.

Amy turned herself into Judaism before her wedding

In 1994, the duo accepted one another as their husband and wife. The ceremony was filled with the pair families and well-wisher. Rule converted herself into Judaism shortly before exchanging wedding vows with her husband Rahm.

As of now, the pair seems very happy with one another and is usually seen uplifting each other. It seems like both of them are supporting one another personally and professionally too. Further, there are no rumors regarding the pair's external marital affairs and relationship.

As of now-former, Chicago mayor and first lady are married for almost twenty-six years which is pretty impressive. During their almost three-decades-long marital duration, they are blessed with three children, one son, and two daughters.

Zakaria Emanuel, Illana Emanuel, and Leah Emanuel are the names of the kids. As of now, the three kids are almost grown-ups and are quite busy pursuing their careers.

Family trips with the kids

They even have attended the private University of Chicago Laboratory Schools for safety reasons. Surprisingly its the same school that President Obama's daughters attended when they were in Chicago. Furthermore, the family of five is often seen vacating various places together.

Each year they take a family trip to help their kids to expose other cultures. The trips location includes various parts of India, Vietnam, Kenya, South America and Zambia. Recently they concluded their trip to the island of Cuba as a holiday trip.

The former first lady of Chicago, Amy's net worth hasn't been yet estimated. But as a renowned personality in the City of Chicago, her fortune surely falls in the great number without a doubt.

Previously working as an Assistant Commissioner for the Environment department she used to earn over $65,000. As of now, she is only involved in non-profit organizations doing social works. But regarding her husband, Emanuel has a net worth of $14 Million according to Celebrity Net Worth.

Previously serving as mayor of Chicago he used to earn $216,210 as a salary only. In 2018 he made over $550,000 annually. Which involves, public salary and an additional $353,000 from dividends, capital gains, and interest from investments.