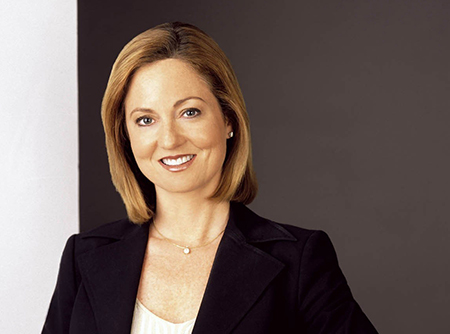 American strategist Andrea Koppel is a daughter of a famous anchor, Ted Koppel. Despite being a daughter of such famous personnel, she did her own struggle, and today, she became the CEO of Time4Coffee Podcast. The journey from a translator to CEO is not everyone's cup of tea, but she did it with her handwork and dedication.

Koppel was born on 17th November 1963 in New York City. Her sun sign is Sagittarius. Further, she is an American citizen, and regarding her ethnicity, she is White.

Andrea Koppel Is A Married Woman

Andrea Koppel is married to her husband, Kenneth M. Pollack. Regarding her partner, Kenneth, he is a analyst who used to work as a CIA intelligence analyst.

The couple further is together for years without any rumors about their separation. More to that, they even share no children yet.

Ted Koppel and his wife, Grace Anne Dorney Koppel, met while attending Standford University. Eventually, they started dating and married in the 1960s.

The couple, moreover, shares four children, Andrea, Deirdre, Andrew, and Tara. Their kid, Andrew, died on 31st May 2010 in New York City at an apartment due to identified illicit drugs.

Her Mother Is Fighting With COPD

Back in 2001, her mother, Grace, was diagnosed with chronic obstructive pulmonary disease (COPD). More to that, doctors even mentioned that she had only some years left to live.

Following the reports, Grace and her husband, Tom, held hand in bed and sobbed that night. Since then, the lovebirds are fighting against COPD.

Andrea Koppel has a net worth of not less than $1 million. She makes money from her career as a strategist.

On the other hand, her husband has a net value of $3 million. Similarly, her father has a fortune of $30 million, which is more than that of Jim Axelrod.

Journey From A Translator To CEO

Kopper began her career as a translator. Initially, she decided to quit the job to become a reporter but was afraid to tell her parents about her huge step. She recalled,

''I was going over and over what I wanted to say and how they were going to react.''

And the response from her journalist father was amazing. He told,

Then in 1993, Koppel joined CNN as an on-air correspondent. During her tenure, she covered stories on economics, politics, and human interest.

After working on CNN for 14 years, she shifted to M+ R and started serving as a senior vice president, communications in Washington D.C. Similarly, she left M+R and joined the American National Red Cross as a director, international communications from January 2010 to April 2011.

Andrea further shifted to Mercy Corps as a vice president from June 2011 to June 2017. Since February 2018, she is the CEO and Chief Java Junkie of Time4Coffee Podcast.