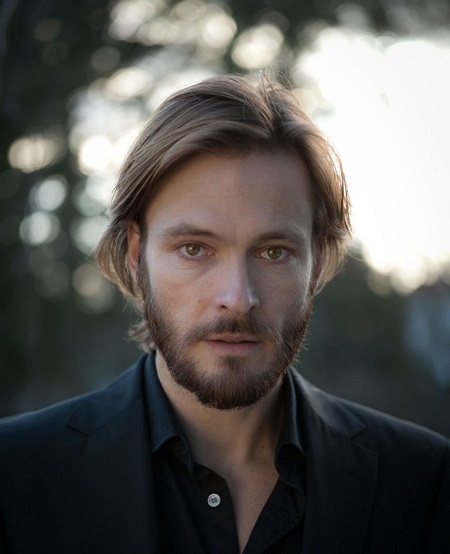 Did you watch the German science fiction thriller web TV series Dark, that ran from 2017 to 2020? If yes then, Andreas Pietschmann isn't a new name for you who played the main character of Adult from season 1 to 3. Well, he is a German film, theatre, and television actor who came to fame after starring as Konny von Brendorp in GSG 9 – Ihr Einsatz ist ihr Leben from 2007 to 2008.

He was born on 22 March 1969 in Würzburg, Bavaria, West Germany. But, his parent's identity is yet to disclose to the media. He holds German citizenship and is of mixed ethnicity. For his education, he attended a drama school named Schauspielschule Bochum from 1993 to 1996.

Well, the answer is no. But the 180 cm tall Andreas is reportedly off the market. As of now, he is enjoying his happy love life with her long term girlfriend, Jasmin Tabatabai. She is a singer and actress from Germany.

Pietschmann, 51, and his partner, Tabatabai, 53, have been together for nearly 13 years. It means, they started dating in around 2007. But despite their lengthy passionate relation, they have not tied the knot yet.

Together, the lovebirds are blessed with two children. On July 5, 2009, they gave birth to their firstborn baby girl Helena Leila Pietschmann. Four years later, the unmarried duo again welcomed their youngest child or son Johan Anton Pietschmann on August 13, 2013.

Now, the family lives a fortunate life together in Berlin.

His Long Term Partner, Jasmin Is A Divorced Woman

Yes, it is very true. The solo artist Jasmin was previously in marital life with her now estranged husband, Tico Zamora, aged 52. He is a rock singer,  songwriter, and record producer.

After meeting for the time in December 2001, they exchanged the wedding vows on June 1, 2003, after nearly two years of love romance. But before their marriage, they welcomed their single child or daughter Angelina Sherri Rose on December 3, 2002.

However, in summer 2006, Tabatabai and Zamora announced their separation after being together for five years. Their divorce was finalized in the year 2008.

Working in the entertainment industry since 1996, Andreas surely makes a considerable amount of sum. As of early 2020, his total net worth is approximately $700 thousand. His primary income source of earning is his over two decades of acting gigs.

Similarly, Pietschmann might be receiving the salary in the range between $2,463 to $8,523 per month. Further, his on film Belle and Sebastian has grossed $35.7 million at the box office in 2012. His other film credits are Regular Guys, Sonnenallee, Altiplano, Beloved Sisters, and Mary of Nazareth.

His breakthrough came in 2017 with his starring role in TV series, Dark as The Stranger. The show cast members include Lisa Vicari, Louis Hofmann, Maja Schone, Daan Lennard Liebrenz, and others.

His other TV credits are SOKO München, Polizeiruf 110, GSG 9 – Ihr Einsatz ist ihr Leben, The Team, and among others. He further has worked in several audiobooks like The Law of Dreams by Peter Behrens, Thanks for the Memories by Cecelia Ahern, and The Shadow of the Wind by Carlos Ruiz Zafon.

Before starting his career as an actor, he was known as well know a player who played football for the Bundeswehr Kickers, the youth department. Also, he went to military service with the Bundeswehr but it was ended after his serious car accident.

Click Marriedceleb, To Know More About Your Favorite Stars!!!