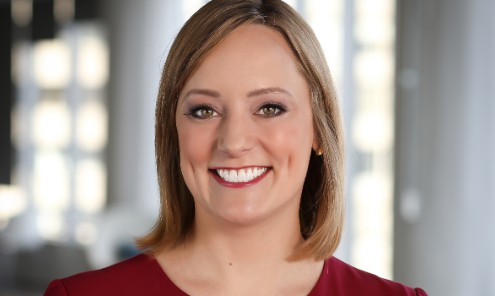 The native of North Dakota Anna Palmer is a senior Washington correspondent for the publication POLITICO. Throughout her entire career, she covered the political world and also has written two popular daily newsletters about it. Read entire article to know all the details about Anna and her personal life.

Are there Two Anna Palmer?

There is sometimes confusion with Correspondent Anna Plamer and the wife of Clive Plamer wife Anna Palmer who is also a Charter Accountant. However, both of them shares a very different life from each other.

Other than the similar names, both of them shares the same nationality. Both Anna is living their respective life blissfully. Today, the magazine is about the correspondent, Anna Plamer.

Anna likes to live a very low-key life, so there are no details about her birth date. However, she grew up in North Dakota. Anna became intrigued with politics at a very young age.

Since Palmer was interested in political view and talks, she knew what she wanted to do with her life. In 2000, Palmer joined St. Olaf College, a private institution in Northfield, Minnesota.

After attending the college, she joined the college weekly newspaper, Manitou Messenger as a freshman and continued to write until her graduation. She graduated from St. Olaf College in the year 2004 with a double major in English and Political science with a concentration in mass communications.

Right after the graduation, on June 2004, Plamer started to work as an editorial assistant for The American Prospect, which is a political magazine. In July 2011, Anna started to work for the political news powerhouse POLITICO where she now works as a senior correspondent. Just like Anna, Tony Dokoupil and George Arney are also prominent news correspondent.

Senior Washington correspondent, Anna posts several web book on POLITICO media company. Just a day before, on 15th of september, 2019, she has authored article for POLITICO Playbook, What Republicans are furious about on Muckrack with Jake Sherman.

Similarly, she has almost tons of article published on the following website. Some of her recent publications are titled Trump’s silence on the West Bank, which are based on political issues.

But sadly, there is no information about it on the internet. Moreover, she has never been spotted with any guy till date, which can be suspected as her love interest. She is pretty busy with her work schedule and has never given a thought about it.

Anna might be planning to find a perfect partner to settle, but until then, she is focused more on her career and professional life. Moreover, her only social site, Twitter is also a field with her work-related picture. She is not active on any other social media from where we could sneak a peek into her personal life.

Anna co-authors POLITICO's new morning newsletter with Jake Sherman, Palmer, and Sherman which earns her a pretty good amount of money. As of 2019, her main source of income is her professional career only.

In the same way, Palmer also covered the 2016 Presidential election reporting from the side of Trump administration and following the Republication's tax reform plans. Yet, till date, the exact details about her net worth and salary is not available. Her estimated wealth could be in the millions figure as she has been active in the profession for more than a decade.

Along with her wages and bank balance, the details about her cars, house and other properties are not available at the moment.