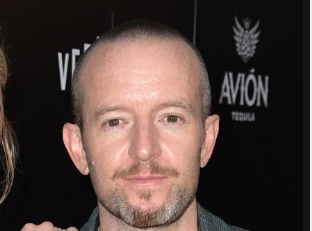 Known for the movies In Darkness, Peaky Blinders, etc, Anthony Brown got more popularity for his long term relationship with Game of Thrones star Natalie Dormer.

The Irish Director and writer made the headlines in late 2018 after he and his fiance Natalie decided to end their decade long relationship.

The prominent director and photographer, Anthony Byrne was born on 9 September 1975 in Dublin, Ireland. He belongs to Caucasian ethnicity and holds an Irish nationality. In addition, he was born under the birth sign, Virgo.

Anthony started his career as a director by writing and directing his debut short film, Clubbing in 2000. Later, he professionally got into directing in 2005 with his first feature film, Short Order. However, he rose to fame after working in shows such as Silent Witness, Mr. Selfridge, and Ripper Street.

Moreover, he also worked in 2017 film In Darkness alongside Natalie Dormer, Ed Skrein, and Emily Ratajkowski.

The British critically acclaimed TV series, Peaky Blinders was created by Steven Knight. Anthony directed the 5th and 6th episode of this series.

Similarly, he has worked with many famous actors and actresses in this series which includes Cillian Murphy, Finn Cole, Moah Taylor, Aimee-Ffion Edwards, etc.

The 44-year-old director, Anthony is probably single as of 2019. However, he was in a relationship with the Game of Thrones actress, Natalie Dormer until late 2018.

Not to mention, Natalie Dormer is a famous British actress who rose to fame after appearing in Game Of Thrones.

End of a Decade long Relationship

The pair was planning to marry but unfortunately ended up separating with each other. Moreover, they officially announced their separation in November 2018.

The lovey-dovey couple parted their ways after 11 years of relationship and 7 years of engagement.

New Statesman reported the couple's split based on the interview with Dormer and wrote:

"The two met on the set of The Tudors; they've parted ways since promoting the film this summer."

Earlier in 2013, the Game of Thrones star had admitted that their wedding plans were not made for that long due to their professional engagements. She said:

"We are still very much engaged. We've just been so busy that we haven't managed to get around to planning it. It won't be a big one... We were thinking of around 40-odd guests."

Anthony is a handsome director with an average body structure. Likewise, his height is 5 feet 5 inches (1.67m) and could be about 70 kg.

Net Worth and Properties

Being a director, Anthony Byrne has earned a tremendous amount of net worth from his profession. As per TheRichest, Anthony and his ex-girlfriend, Game of Thrones actress, Natalie Dormer shared net worth of $3 million in 2017.

So, probably his net worth might be around $1.5 Million as of 2019 while his ex-partner, Natalie's net worth is around $6 Million

Not only a director but he is also a writer and photographer and earns a decent sum of money from it.

Moreover, he also owns a Shelby gt500 which market value is $74,000. The car was gifted by his close friend as revealed by him in the caption.

More about movies and TV shows stars on Married Celeb.