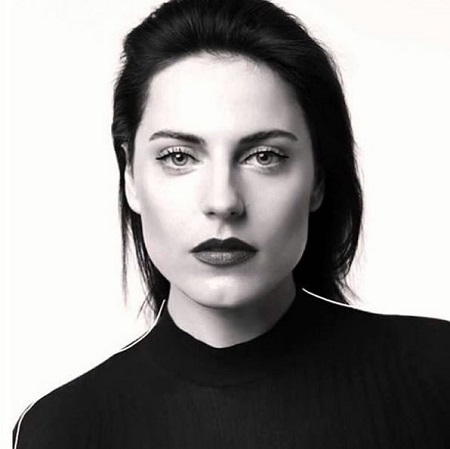 German actress, Antje Traue received international recognition after portraying the character of Faora in the Superman movie Man of Steel in 2013. In addition to that, she is famous for starring as Agnes Nielsen in the German Netflix series Dark, that ran from 2017 to 2020.

She was born on January 18, 1981, in Mittweida, Germany. Her late mother used to work as a dancer and musician. As per her citizenship, she is German and belongs to the white ethnicity. Regarding her education, she is graduated from Charlotte-Wolff-Kolleg Berlin. Also, she trained in an elite training unit as an artistic gymnast from age six to her teen.

Yes, the thirty-nine years old, Antje has not tied the knot with anyone yet. Also in the meantime, she has not officially confirmed having a love affair with her possible boyfriend. Thus, she is neither dating anyone nor has a boyfriend now.

So her relationship status marked as a single. Further, she loves to keep her love life under the radar, making it low key. But throughout her acting work, she certainly shares a few on-screen love romance with her fellow cast.

But in the real-life, Traue seems to wait for the right person to fall in love. Moreover, she remains quite busy with her work. Further, she keeps posting pictures with various guys on her IG account. In the past, she was once rumoured to be in a relationship with Hannes Wegener in 2013. But both of them never confirmed their romance publically.

How Much Is Antje Traue's Net Worth?

The German actress, Antje undoubtedly acquires a suitable amount of money from her acting work as an actress. As of 2020, her net worth is expected to be around $3 Million. Her significant way of receiving money is her professional two decades performing gigs.

Traue has been cast in various German and international movies and TV productions in lead roles or recurrent supporting roles since her beginning career in 1997. As per her salary, she must be making the salary of about $20 thousand per episode. Not only this but she has already paid off a good payroll from various movies performances.

In 2013, she acted the main role Faora in a superhero film, Man of Steel, based on the DC Comics character Superman. And the film has successfully grossed more than $668 million worldwide against the estimated budget of $225–258 million. Her depicted 2014's film Seventh Son also made $114 million on a $95 million budget.

Her acting career began when she became the part of television film named Verlorene Kinder in 2000. Then in 2007, she played the role of Diana Wrobel in television series named Cologne P.D.

Since then, Antje has got a chance to play in television series such as  Berlin Station, Close to the Enemy, and Oasis. Then in the year 2017, she signed a contract as a regular cast of Dark, a Science Fiction Thriller released on Netflix on December 1, 2017, with the role of Agnes Nielsen.

Asides TV series, she has featured in films such as Pandorum, 5 Days of War, Seventh Son, Woman in Gold, Criminal, etc.