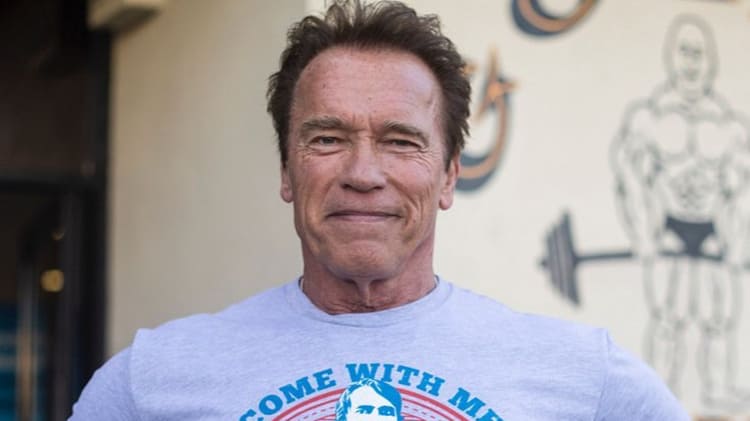 Arnold Schwarzenegger is known for his appearance in the Hollywood Movie Series, The Terminator. Arnold even won the Mr. Universe title at the age of 20 and win the Mr.Olympic contest seven times. Along with being a famous actor, he is a filmmaker, businessman, author, former professional bodybuilder, and politician.

Arnold Schwarzenegger was born as Arnold Alois Schwarzenegger `on July 30, 1947, in Thal, Austria. Arnold is among the two sons born to Gustav Schwarzenegger and his wife, Aurelia Jadrny. His father was a Police Officer and was diploid during the second world war. His brother died in 1971 in a car accident.

Who is Arnold's Current Partner?

The 72 years old Terminator actor is in a relationship with Heather Milligan since 2015. Heather is a physical therapist. The couple was first spotted together in 2013.

As per Daily Mail, The duo was kissing each other after just thirty eights months of dating. They are yet to tie the knots. As of now, the pair are often spotted vacationing together.

Divorce after getting married for 25 years

The 25 years old relationship ended on May 9, 2011, after Shriver moved out of Arnold's Mansion in California. Arnold's infidelity caused the separation between the lovely duo. Schwarzenegger has a son, Joseph Baena from an extra-marital relation with his Mildred Patricia Baena.

The biological son of Arnold and Mildred, Joseph, was born on October 2, 1997. The rumors spread only after the son started to look like Schwarzenegger. He has taken all the responsibility for the child and had bought a house for them to live.

Arnold Schwarzenegger has a net worth of $400 Million. He has accumulated all his net worth through his career of working in Hollywood, Investment, Commercial deals. He is the sole publisher of six books to date.

Arnold is a successful businessman; he has invested in various real estate business, restaurants, bricklaying business, and many more. He still appears in s series of commercials for the Machine Zone game Mobile Strike as a military commander and a spokesman.

Arnold Owns a $38 Million private Gulf stream jet. During his tenure in the California Administration, he did not accept the governor's salary of $175,000 per year. Arnold owns several mansions and Villas in and around the United States. He sold his private house located in California for $12.9 Million.

Arnold made his debut in the Hollywood Industry in 1970 with the film, Hercules in New York. He made his breakthrough with the film The Terminator in 1984. Along with big-budget movies, he has appeared in few TV Series.

The superstar has been nominated and won several national and international awards to date. Arnold has been honored with Hollywood Walk of Fame. He was introduced into the WWE Hall of Fame, International Sports Hall of Fame.

Honorary Ring of the Federal State of Styria in June 2017. Cavalier (2011) and Commander (2017) of the French Legion of Honor. and Grand Decoration of Honor for Services to the Republic of Austria in Gold (1993).

Visit Married Celeb!!! To Select The Best Biographies & Articles Of Yours