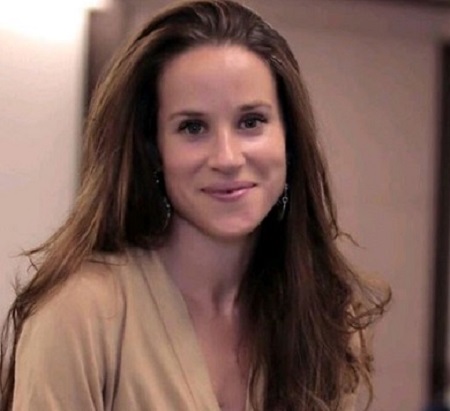 Social Worker, Ashley Biden is an American celebrity child who is famous as the youngest daughter or single child of American politician Joe Biden and educator, Jill Biden. Her dad Joe is known as the former Vice President of the United States while her mom Jill is a former Second Lady of the United States.

She was on June 8, 1981, in Wilmington, Delaware, United States. She has one older half brother named Hunter Biden, aged 50, and had two half-siblings Naomi Biden and Beau Biden. So far, she studied at the School of Social Policy & Practice (2010), and Tulane University (2000–2004).

The 39 years old Ashley Biden is a married woman. She tied the knot with her boyfriend, Dr. Howard David Krein on June 2, 2012. He is the son of Bunny Lipner Krein and Stanley Krein.

Their big was took place at St. Joseph on the Brandywine Church in Greenville, Delaware. But their reception party was held in Biden's parents’ estate in Wilmington in the presence of more than 200 guests. Rabbi Joseph Forman co-officiated the ceremony.

The bride wore a custom ivory silk mermaid gown by Vera Wang. while the groom wore a blue suit with a white shirt. And now it's been 8 years that Ashely and Krein are happily married. The couple resides in Philadelphia.

Before marriage, Biden, a career development, and Howard, a surgeon, first met in 2010. They were introduced through her late half brother Beau Biden.

Net Worth of Ashley Biden

As of 2020, Ashley Biden's net worth is estimated at $500 thousand. Well, she's a social worker, career development, and employment advisor in the State agency named Delaware Department of Services for Children, Youth, and Their Families.

Also, she is a founder of her own company Livelihood. It designs and sells American-made clothes with a mission to donate proceeds to community organizations in D.C. and Delaware. On the other hand, her parents, Joe and Jill share an $18 million net value. He makes $100,000 per year as a teacher at Northern Virginia Community College.

He and his partner, Jill, have signed a contract with a three-book deal for $10 million. Shortly after leaving the White House, the two made at least $15 million from speaking obligations and book deals.

She Lost Her Siblings Nomi and Beau

She and her mother or Joe's first wife Neilia Hunter were killed in traffic crash collisions. Joe and Neilia were married in 1966. Later on, her next brother Beau also passed away on May 30, 2015, of brain tumors.