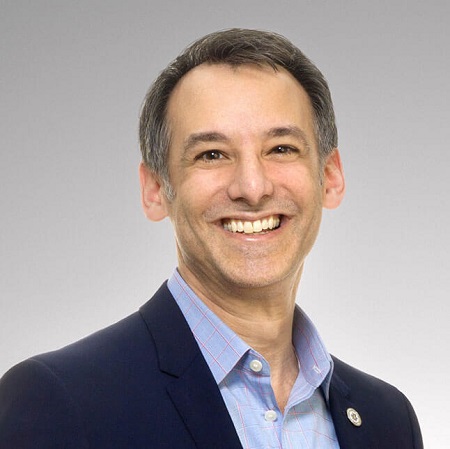 Howard Krein is an American plastic surgeon and Otolaryngology
who currently works at Thomas Jefferson University Hospital as Assistant Professor. However, he gained worldwide recognition when he got married to American politician, Joe Biden, and educator, Jill Biden's single daughter, Ashley Biden. His father in law Joe worked as the 47th vice president of the United States from 2009 to 2017 while his mother in law served as the second lady of the United States.

He was born in the somewhere United States to the parents Bunny Lipner Krein and Stanley Krein. But his actual birth date is not known to the media. While his wife, Ashley was born on June 8, 1981, in Wilmington, Delaware, United States. Further, he got his BA from Rutgers University, a Ph.D. from Johnson Medical School, and an MD from Jefferson Medical College, Thomas Jefferson University.

When Howard and Ashley Got Married?

Dr. Howard first met Biden, a career development, and social worker in 2010. They were introduced through her late half brother Beau Biden who died on May 30, 2015. Two years later, they tied the knot on June 2, 2012, in the hush-hush ceremony.

Their big was took place at St. Joseph on the Brandywine Church in Greenville, Delaware. But their reception party was held in Biden's parents’ estate in Wilmington in the presence of more than 200 guests. Rabbi Joseph Forman co-officiated the ceremony.

The bride donned a custom ivory silk mermaid gown by designer Vera Wang while the groom wore a blue suit with a white shirt. And now it's been 8 years that Ashely and Krein are happily partnered.

However, they have not welcomed any kids together. Currently, the couple resides in Philadelphia, PA.

Total Net Worth of Howard Krein

As of 2020, Howard Krein's actual net worth is not mentioned anywhere but it is speculated to be over $300 thousand. His income source of earnings is his own professional career as a facial plastic and reconstructive Surgeon.

From 2017 until 2019, he served on the board of directors of the Biden Cancer Initiative. He's also part of an exclusive group of two-doctoral physicians.

Well, Joe Biden has a net worth of more than $9 Million. He earned much of his wealth through his governmental service for more than four decades. Now, he makes $100,000 per year as a teacher at Northern Virginia Community College.

On the other hand, his mother in law Jill's net value is valued to $9 million. She gained most of the income through teaching English, History, and reading specialists in public high school.

Moreover, Joe and Jill have signed a contract with a three-book deal for $10 million. Shortly after leaving the White House, the two made at least $15 million from speaking obligations and book deals.