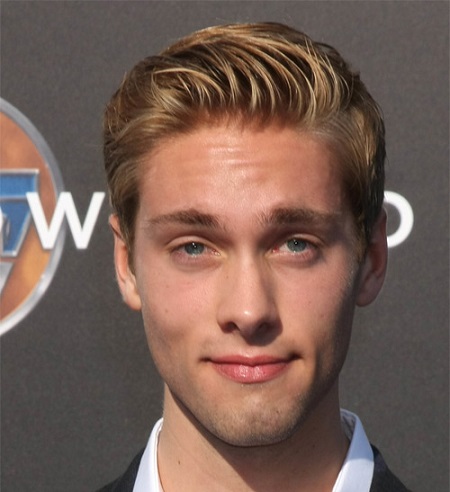 Austin North is an American actor who made his debut as an actor in a church Christmas play at the age of 8. However, he received worldwide recognition after depicting the role of Logan Watson in the original Disney Channel sitcom I Didn't Do It from 2014 to 15. In addition, he presented the MovieGuide Awards in 2015

He was born on July 30, 1996, in Cincinnati, Ohio, the United States as Austin Michael North. His mother's name is Karen North while his father's identity is not known to the media. Further, he has an older sister Lauren North. So far, he holds American citizenship and is of white ethnicity. He studied at Oak Park High School.

He Is A Single Man

At the current moment, Austin, the 24 years old loves to keep his private stuff private. So information regarding his current dating affairs is not available to the media. It seems he is enjoying his singlehood with the fullest right now.

However, in the past, North who is 175cm tall was in romantically love relationship with his ex-girlfriend, Sadie Robertson, 23. She is an American reality TV star and actress who is known for her work on the A&E show Duck Dynasty.

They started dating in 2018 and were together for nearly four months. During their togetherness, they relished their romantic times together. Nonetheless, Austin was previously rumored to be dating famous singer Selena Gomez.

In addition, he has been in a relationship with Piper Curda (2014) and Vanessa Hudgens (2015). Besides, he is a close friend of the actress and singer, Olivia Holt.

What is Austin North's Net Worth?

Working in the entertainment for nearly one decade, Austin has obtained an impressive amount of money. As of early 2020, his total net worth is assumed to be around $500 thousand.

Similarly, his payroll falls in the range between $50,000 and $60,000, which is an average annual wage for TV performers in the United States. Mostly, he has acted in the Disney television series since 2011. Thus, as a Disney actor, North must be receiving an average salary of $38,420 in a year.

Apart from acting, he is a skilled drummer and often posts his videos on his YouTube channel.

Austin Michael made his screen debut in an episode of Disney XD’s comedy series, Kickin It as Ricky Weaver in 2011. Then he went to play the character Bodhi in ABC’s soap opera General Hospital in 2012.

Afterward, North made another guest appearance as Holland in Disney Channel’s teen sitcom A.N.T. Farm in 2012. He also starred in the season two episode MutANT Farm II as Chyna Parks. In 2013, he played the character of Dean in an episode of Nick at Nite’s See Dad Run in 2013.

In 2014, he made his breakthrough performance as Logan Watson in I Didn’t Do It, where he starred in 39 episodes. Then he landed the main role Oz in Hulu’s teen comedy web series, All Night in 2018. As of now, he leads as the character Topper Thornton on the series Outer Banks, starring Madelyn Cline, Madison Bailey, Jonathan Daviss, and others.