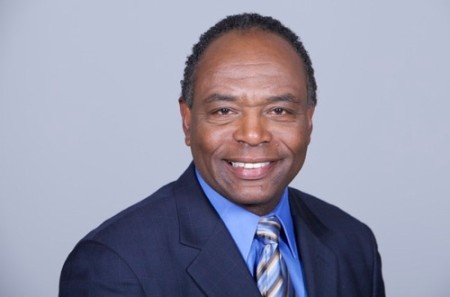 Beasley Reece is an American former National Football League player who is the CEO of NFL Alumni (NFLA) since 2018. An award-winning reporter, Reece worked as a color commentator and sideline reporter for NFL coverage. He played as a defensive back for the Dallas Cowboys, New York Giants, and Tampa Bay Buccaneers. In 2012, the Broadcast Pioneers of Philadelphia inducted him into their Hall of Fame.

Beasley Young Reece, Jr. was born on March 18, 1954, in Waco, Texas, the United States. He is 66 years old as of 2020. He was born to parents, Theresa Reece (mother) and Beasley Reece Sr. (father). He attended La Vega High School and later graduated from the University of North Texas.

The NFL Alumni CEO has been longtime married to his wife, Paula Reece, 1978. They have been together for 42 years as of now. The couple is parents of two sons named, Brent and Blake. Further, the family of four resides in Lumberton, New Jersey.

There is no additional information on Beasley and his wife's personal life. They can be seen traveling to different places, but the pair rarely attends any public events. Beasley often praises his wife for her support and constant care.

Reece is a skilled pianist and singer and has sung the national anthem at sporting events. In his leisure time, Beasley likes to play golf. He is actively involved in several charities and organizations as well. Like Reece, another sports reporter, Bruce Beck, is also a father of two kids.

How much is Beasley's Net Worth?

Beasley Reece has a net worth of $12 million as of 2020, which he amassed through his NFL and broadcasting career. Reece was active in the NFL from 1976 until 1984 when he suffered a severe injury that ended his sports career. Reece made a decent fortune and later turned into broadcasting. At present, he is the CEO of NFL Alumni, so Reece earns a desirable income from there.

Reece served as a lead sports anchor and Sports Director at CBS 3 Philadelphia from 1998 - 2015. He is a former sports director for WVIT and KYW-TV. The average salary for sports director/anchor ranges somewhere between $78,921-$134,345 per year. Mark Giangreco, a renowned sports journalist, also has an impressive income.

Reece, an Eagle Scout, is the recipient of the  Distinguished Eagle Scout Award. For many years, he has supported The Boy Scouts, Big Brothers/Big Sisters, Special Olympics, and the American Heart Association.

Reece is an Eagle Scout and on the Board of Directors for the Cradle of Liberty Council.  Besides, he has hosted the Jersey Shore Boy Scouts Council Golf Tournament and the Urban Promise Golf Tournament, which raises funds for youth summer programs in Camden, NJ.

Some of Beasley's memorable broadcasting highlights include anchoring live from Jacksonville, FL for Super Bowl XXXIX (2005), and covering the Philadelphia Phillies journey through the 2008 World Series Championship.

Reece has covered a wide range of Philadelphia professional and amateur sporting events for CBS 3.  He also hosted the AT&T National Preview Special, a preview of the 2010 AT&T National Golf Tournament.

Before his days with CBS, Reece served as an NFL game analyst on NBC from 1991-1997. He showed his broadcasting versatility serving as a boxing commentator for the Barcelona Summer Olympics in 1992. Reece is a five-time Emmy Award winner and has received 12 Associated Press Awards since he was first seen on the Philadelphia airwaves in July 1998.