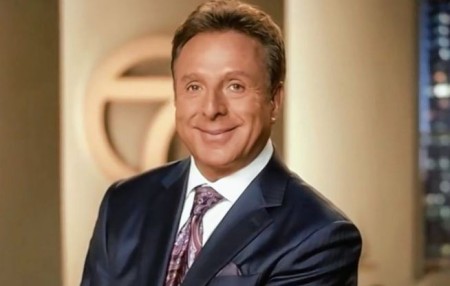 Mark Giangreco is one of the well-known lead sports anchors who currently appears in the sports segment on ABC7. He serves as the sports director for ABC owned station, WLS-TV. Similarly, he is an ESPN Radio contributor. Mark is one of the longest-serving anchors for ABC, having worked for 26 years in the station.

Mark was born on May 13, 1952, in Buffalo, New York, the United States. He is 68 years old as of 2020. He has two brothers named Thomas, a medical device consultant, and Pete, a Democratic Party Consultant. Mark graduated from the University of Dayton, Ohio, in 1974.

Mark was a Married Man

At present, Giangreco is single and is unmarried. In the past, he was a married man. He tied his wedding knot with longtime girlfriend, Cindy Giangreco. It is not known when the couple got hitched. They shared three sons named Mark, Christopher, and Matt.

Mark has always kept his personal life hidden from the media and the public. There is no information about his ex-wife. After several years of marital relationship, Mark and Cindy ended their marriage in 2005. As per sources, Cindy got a luxurious mansion for her divorce settlement.

Since separating from his ex-wife, Mark has never been married. Also, he isn't involved in any romantic relationship. The sports anchor has a strong bond with fellow co-host, Janet Davies. The two hosted ABC7's New Year's Eve special segment, Countdown Chicago.

The sportscaster and sports director, Mark Giangreco, has a net worth of over $5 million. As one of the most famous anchors of WLS-TV, Mark earns an annual salary of over $87,421. In October 2019, he signed a three-year extension contract to stay in ABC7. Sources stated that Giangreco would likely remain the highest-paid local sportscaster in the country.

Mark has worked for WLS-TV for the past 26 years. Also, he is a frequent contributor on ESPN Radio. The average salary for sports director and anchor ranges somewhere between $46,126-$121,000. Other journalists such as Rafer Weigel and Amanda Balionis also has a decent net worth.

Mark began his television career with a local NBC station in Ohio. From 1982-1994, he worked for NBC-owned station, WMAQ-TV. Afterward, he has been working for ABC& as a leading sportscaster.

To date, Giangreco has won three Emmy Awards. In 1982, he was honored with the Louisville Journalism Award for his excellence in sports reporting. Mark has won two Peter Lisagor Awards and two Associated Press Awards for "Best Sportscast."

Likewise, Giangreco has also been honored with the prestigious Iris Award from the National Association of Television Program Executives.

The truth behind Mark Giangreco Suspension

Despite being a reputed sports broadcaster in the country, Mark has got into a few troubles in the past. Back in 2004, he was suspended one week with payment for a joke on the city of Detroit, Michigan.  Many viewers were offended by Mark's movie clip, who felt the joke was racist. However, Giangreco said he was kidding.

Further on February 19, 2017, Giangreco made an Anti-Trump tweet, which was then followed by a suspension by ABC. Later, he returned to work as Mark is known for his sarcasm and humor.