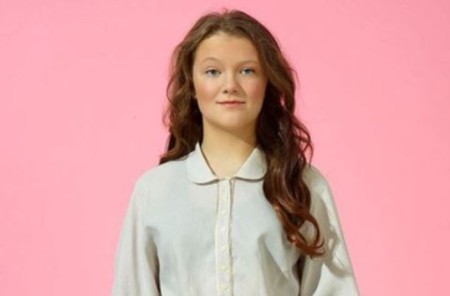 Beata Thunberg is a Swedish singer best known as the younger sister of climate activist Greta Thunberg. They are the daughters of Malena Ernman, an opera singer who is a member of The Royal Swedish Academy of Music. Likewise, their father, Svante Thunberg, is an actor and a producer. Today we will shade lights into Beata and her personal life.

Beatrice Ernman Thunberg was born in 2005 in Sweden. She will celebrate her 15th birthday in the coming November 5, 2020. Her sister Greta has gained worldwide notoriety for her cold, cynical, and inspiring climate change speeches. We will be talking about her achievements as well. Stay with us.

Beata follows in the footsteps of her parents and is well on her way to becoming a famous singer and performer. Her mother, Malena, earned international fame after she represented her home country Sweden at the 2009 Eurovision Song Contest in Moscow.

On the other hand, Beata's father, Svante, an actor/producer, manages the career of Malena. Beata was chosen as the face for the marketing campaign for a series of books written by author Elias Våhlund, titled Handbook for Superheroes. Beata went on an international marketing tour for the book. The book series is available in 17 different languages.

Further, Beata has appeared on the Swedish television shows in Malou, discussing her ADHD, OCD history, and dealing with bullying as a teenager. She then performed an original song called "Bara Du Vill," while wearing a dress that was emblazoned with one of the book's superheroes.

Thunberg continues to appear on TV, performing her single at various concerts and promoting the book with Våhlund. Beata will appear alongside her mother in a Stockholm musical in January 2021.

Beata co-authored two books with Svante, Malena, and Greta. The first was Malena’s autobiography, Scenes from the Heart, which takes place as Malena and her family tour Europe to promote Ernman’s singing career. It covers a tumultuous time where Greta and Beata both start falling victim to their mental health disorders.

The second book is Our House Is On Fire: Scenes of a Family and a World in Turmoil, to be published in 2020. This is an autobiography of the family's experiences based around Greta's climate change work will be the novel.

Further, Malena writes that Beata is prone to unpredictable outbursts of anger where she screams obscenities at her mother. In one instance, she called her mom “a horrible devil” and threw DVD cases at her.

Beata’s OCD causes her to insist on walking with her left foot in front, refuse to step on certain parts of the sidewalk, and demand that her mother walk the same way. She used to insist that her mother wait outside while she was in class at school, demanding she not to move at all.
In Scenes From the Heart, Malena concludes that Beata and Greta’s disorders are “not a handicap” but a “superpower.”