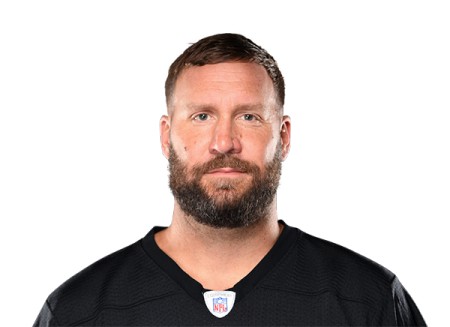 If you are used to watching American Football games then, Ben Roethlisberger must not be a new name to you. Ben is an American football quarterback for the Pittsburgh Steelers of the National Football League.

Ben started his career in 2004. He was part of the University's Football Club at Miami University. He became the youngest Super Bowl-winning quarterback in NFL history.

Ben has been married to his girlfriend, turned wife, Ashley Harlan, for almost a decade as of 2020. Ben and Ashley walked down the wedding aisle on July 23, 2011, in the United States. Nothing much about their first meeting instance is shared with the media. Harlan is a physician assistant from New Castle, Pennsylvania.

The duo had been dating for some time before tying their wedding knot. They had a private wedding ceremony. Only a few members from both the families and some close friends attended the ceremony.

It's been almost a decade of their marriage. There have been no rumors between the couple separating anytime soon. Both of them seem to be very much supportive of each other.

Soon after the wedding, Ben and Ashley welcomed a new member, Ben Jr., into their family. The family of three was living a happy life. They had to separate time for their work and their family.

The family of three was blessed with a daughter, Baylee. The exact birth date is still under investigation. Soon after the birth of Baylee, they had another child, Bodie.

Ben keeps taking his children and his wife for his matches. His wife seems to be very much supportive of him.

He's earned $247 million in salary from the Steelers since being selected No. 11 overall in the 2004 NFL Draft. In 2004, he signed a six-year contract worth $22.26 million in wages and bonuses, with an additional $17.73 million available via incentives.

Ben earned the AP NFL Offensive Rookie of the Year Award in 2004. He is the 13th wealthiest NFL player in the world. On April 24, 2019, Roethlisberger signed a two-year contract extension with the Steelers worth $68 million with a $37.5 million signing bonus, keeping him under contract through the 2021 season.

Big Ben won a pair of Super Bowls during his first five years in the NFL. He is one of 13 starting quarterbacks to win multiple Super Bowls. He has earned more than $20 Million from endorsements through various companies.

Ben attended Miami University, where he played college quarterback. Before his graduation, Ben was drafted in NFL so, he left his studies and went onto graduation from the same University in 2011.